You Are Here: Home → Chas Freeman’s statement on the power and tactics of the Israel lobby’s ‘unscrupulous people’ 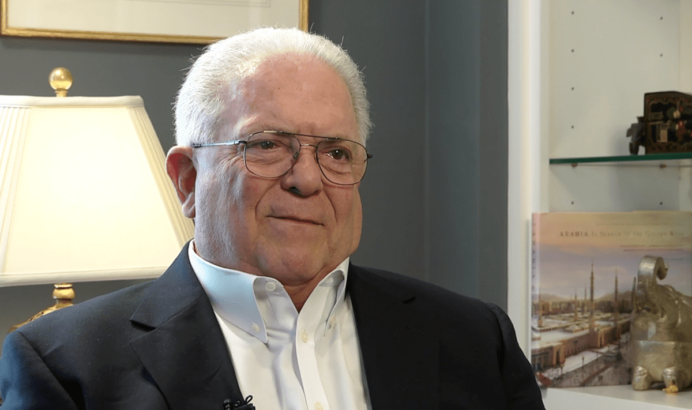 In 2009 Chas Freeman withdrew from consideration for top intelligence analyst because of “attacks by unscrupulous people with a passionate attachment to the views of a political faction in a foreign country.”

In 2009 Charles “Chas” Freeman, a deeply respected foreign policy expert, was nominated to head up the National Intelligence Council. He immediately came under vicious attack by Israel advocates. Freeman then withdrew from the nomination with the following statement.

We are reprinting his statement, and below that a commentary on it, because it contains important information that is as relevant today as when it was made.

Freeman said: “The tactics of the Israel Lobby plumb the depths of dishonor and indecency and include character assassination, selective misquotation, the willful distortion of the record, the fabrication of falsehoods, and an utter disregard for the truth.”

He explained: “The aim of this Lobby is control of the policy process through the exercise of a veto over the appointment of people who dispute the wisdom of its views, the substitution of political correctness for analysis, and the exclusion of any and all options for decision by Americans and our government other than those that it favors.”

Freeman pointed out: “In the court of public opinion, unlike a court of law, one is guilty until proven innocent.”

Among other things, Freeman’s opponents were angry that he had described “Israeli violence against Palestinians” as a key barrier to Mideast peace.

The following statement was published by the Wall Street Journal, Foreign Policy, and other media:

To all who supported me or gave me words of encouragement during the controversy of the past two weeks, you have my gratitude and respect.

I have concluded that the barrage of libelous distortions of my record would not cease upon my entry into office. The effort to smear me and to destroy my credibility would instead continue. I do not believe the National Intelligence Council could function effectively while its chair was under constant attack by unscrupulous people with a passionate attachment to the views of a political faction in a foreign country. I agreed to chair the NIC to strengthen it and protect it against politicization, not to introduce it to efforts by a special interest group to assert control over it through a protracted political campaign.

As those who know me are well aware, I have greatly enjoyed life since retiring from government. Nothing was further from my mind than a return to public service. When Admiral Blair asked me to chair the NIC I responded that I understood he was “asking me to give my freedom of speech, my leisure, the greater part of my income, subject myself to the mental colonoscopy of a polygraph, and resume a daily commute to a job with long working hours and a daily ration of political abuse.” I added that I wondered “whether there wasn’t some sort of downside to this offer.” I was mindful that no one is indispensable; I am not an exception. It took weeks of reflection for me to conclude that, given the unprecedentedly challenging circumstances in which our country now finds itself abroad and at home, I had no choice but accept the call to return to public service. I thereupon resigned from all positions that I had held and all activities in which I was engaged. I now look forward to returning to private life, freed of all previous obligations.

I am not so immodest as to believe that this controversy was about me rather than issues of public policy. These issues had little to do with the NIC and were not at the heart of what I hoped to contribute to the quality of analysis available to President Obama and his administration. Still, I am saddened by what the controversy and the manner in which the public vitriol of those who devoted themselves to sustaining it have revealed about the state of our civil society. It is apparent that we Americans cannot any longer conduct a serious public discussion or exercise independent judgment about matters of great importance to our country as well as to our allies and friends.

The libels on me and their easily traceable email trails show conclusively that there is a powerful lobby determined to prevent any view other than its own from being aired, still less to factor in American understanding of trends and events in the Middle East. The tactics of the Israel Lobby plumb the depths of dishonor and indecency and include character assassination, selective misquotation, the willful distortion of the record, the fabrication of falsehoods, and an utter disregard for the truth. The aim of this Lobby is control of the policy process through the exercise of a veto over the appointment of people who dispute the wisdom of its views, the substitution of political correctness for analysis, and the exclusion of any and all options for decision by Americans and our government other than those that it favors.

There is a special irony in having been accused of improper regard for the opinions of foreign governments and societies by a group so clearly intent on enforcing adherence to the policies of a foreign government – in this case, the government of Israel. I believe that the inability of the American public to discuss, or the government to consider, any option for US policies in the Middle East opposed by the ruling faction in Israeli politics has allowed that faction to adopt and sustain policies that ultimately threaten the existence of the state of Israel. It is not permitted for anyone in the United States to say so. This is not just a tragedy for Israelis and their neighbors in the Middle East; it is doing widening damage to the national security of the United States.

The outrageous agitation that followed the leak of my pending appointment will be seen by many to raise serious questions about whether the Obama administration will be able to make its own decisions about the Middle East and related issues. I regret that my willingness to serve the new administration has ended by casting doubt on its ability to consider, let alone decide what policies might best serve the interests of the United States rather than those of a Lobby intent on enforcing the will and interests of a foreign government.

In the court of public opinion, unlike a court of law, one is guilty until proven innocent. The speeches from which quotations have been lifted from their context are available for anyone interested in the truth to read. The injustice of the accusations made against me has been obvious to those with open minds. Those who have sought to impugn my character are uninterested in any rebuttal that I or anyone else might make.

Still, for the record: I have never sought to be paid or accepted payment from any foreign government, including Saudi Arabia or China, for any service, nor have I ever spoken on behalf of a foreign government, its interests, or its policies. I have never lobbied any branch of our government for any cause, foreign or domestic. I am my own man, no one else’s, and with my return to private life, I will once again – to my pleasure – serve no master other than myself. I will continue to speak out as I choose on issues of concern to me and other Americans.

I retain my respect and confidence in President Obama and DNI Blair. Our country now faces terrible challenges abroad as well as at home. Like all patriotic Americans, I continue to pray that our president can successfully lead us in surmounting them.

Journalist Philip Weiss reported on the episode in the American Conservative:

Freeman’s Fight
The Israel lobby gets its man—and tips its hand.

…The moral was clear: even a president who owes his job to a progressive movement in American politics could not support a longtime public servant who had made the mistake of criticizing Israel. Fierce advocates of the Jewish state, notably Sens. Chuck Schumer and Joe Lieberman and Reps. Eric Cantor and Steve Israel, played important roles in Freeman’s exit, while present and former officials of the American Israel Public Affairs Committee flitted in and out of the wings.

The message to all office-seekers is obvious. “They want to kill the chicken to scare the monkeys. They want other people to be intimidated,” Freeman told The American Conservative just before he withdrew his name to be chairman of the National Intelligence Council. He went on, “If the administration does not stick with me, then it’s destroying the argument that the Israel lobby is only a mythic entity and does not control the public space. … It will show the world that it is not able to exercise independent thinking on these issues.” Read full story