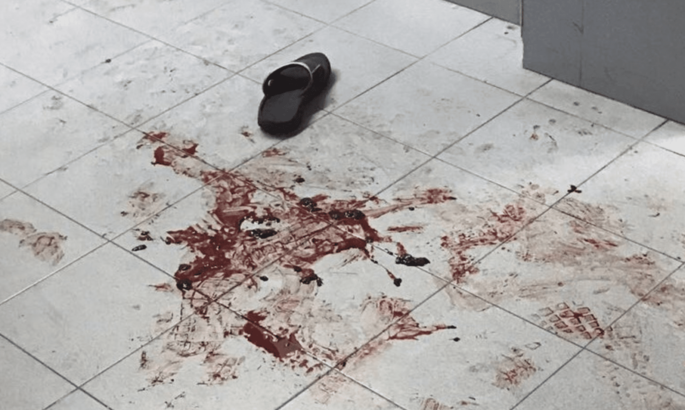 Around 200 heavily armed soldiers surrounded the hospital and entered forcefully, searching for a young Palestinian man who had been shot. A witness said, “It was total chaos…There was blood all over the place.” The young man died of his wounds during the scuffle.

Israeli soldiers and police stormed a Palestinian hospital twice over the past week terrifying staff and patients and in some cases preventing doctors from providing emergency medical care to critically injured patients, said Amnesty International today.

The raids on al-Makassed hospital in East Jerusalem took place as tensions escalated in Jerusalem and across the West Bank in recent days following an Israeli government decision to place metal detectors and search worshipers at the entrance of Al-Aqsa mosque after the killing of two Israeli policemen at the site on 14 July. At least four Palestinian civilians have been killed and more than 1090 were injured by Israeli police and military forces over the past 10 days in the widespread Palestinian protests against the decision and ensuing clashes.

“The conduct of Israeli forces who carried out violent raids on al-Makassed hospital harassing and intimidating staff and patients is utterly deplorable. There can be no justification for preventing medical workers from caring for a critically wounded patient,” said Magdalena Mughrabi, Deputy Director for the Middle East and North Africa at Amnesty International.

Eyewitnesses at al-Makassed hospital described scenes of “absolute mayhem” as armed Israeli soldiers and police stormed the premises on 17 and 21 July apparently in pursuit of critically injured patients.

The conduct of Israeli forces who carried out violent raids on al-Makassed hospital harassing and intimidating staff and patients is utterly deplorable.

Dr Bassam Abu Libdeh, al-Makassed Medical Director, said that since the protests and ensuing clashes broke out, the hospital had received a stream of patients suffering from tear gas inhalation, beatings or who had been injured by rubber bullets. He described how on 17 July soldiers had chased a 19-year-old young man from Silwan, who had been shot in the thigh wounding an artery and was bleeding severely, through the hospital like “hungry dogs after their prey.”

“They had long weapons and stun grenades and aggressively pushed and shoved through. They chased the injured youth, who’d been brought into the operating room, when a few of us doctors intervened to stop them… Others then began to roam the hospital and to harass anyone they found, staff, nurses, doctors, patients. There are kids in the hospital, old people. This is not acceptable…Why did they want to arrest the kid? He was bleeding to death and in critical shape, he wasn’t going anywhere,” he said.

Speaking about the second raid, the hospital’s head of reception, Talal al-Sayed, who has worked there for 10 years said the staff have become accustomed to raids by Israeli forces over the years but that the events of 21 July were “above and beyond what we’ve ever seen”. He described how, around 200 heavily armed soldiers surrounded the hospital and entered forcefully, arresting people in their path and using tear gas. They were pursuing a young man with a major chest wound in critical condition and followed him all the way to the operating theatre.

“They invaded the entire hospital…They even entered the neonatal unit… What do they want in there?  It was pure terrorization of the patients,” he said, describing how soldiers shoved and hit a doctor who was trying to care for the injured young man in the operating room. The young man, Mohammad Abu Ghannam, died of his wounds during the scuffle.

One of the nurses on duty at the time said: “I have never been so scared in my life. All I remember were loud sounds and pushing and screaming.  It was total chaos… There was blood all over the place on the floor on the walls.”

I have never been so scared in my life… It was total chaos… There was blood all over the place on the floor on the walls.

The hospital raids took place against a backdrop of demonstrations and violence that has swept across the Occupied Palestinian territories with reports of excessive use of force by Israeli forces against Palestinian protestors. Of the more than 1,000 Palestinians injured 29 were wounded with live ammunition, 374 with rubber bullets and 471 sustained injuries as a result of tear gas, 216 people suffered bruises, burns or broken bones as a result of beatings, according to the Palestinian Red Crescent Society.

Many of the protests in Jerusalem’s Old City began peacefully, involving collective prayers in the streets outside the al-Aqsa compound, but descended into violence when Israeli forces attempted to disperse the protests using tear gas and rubber bullets. Protesters responded by throwing water bottles.

Sheikh Ekrima Said Sabri, the Imam of al-Aqsa mosque and the former Mufti of Jerusalem, described to Amnesty International how members of Israel’s border police started to attack a peaceful crowd on 18 July near Lion’s Gate in the Old City pushing, kicking and beating protesters with batons and stamping on him. He was helped by a group of young men who carried him to the ambulance to be taken to the hospital.

Reports of use of excessive force and tit for tat violence between Israelis and Palestinians raise concern of further escalation of unlawful killings. Three Israeli civilians were stabbed to death by a Palestinian attacker at an Israeli settlement in the occupied West Bank on 21 July. Israel has since announced that it plans to demolish the home of the Palestinian attacker.

“Attacks on civilians can never be justified. However, justice for such attacks cannot be achieved through collective punishment of the Palestinian civilian population,” said Magdalena Mughrabi.

“As the occupying power, Israel has a responsibility to protect Palestinian civilians and must respect their right to peacefully protest. They must ensure that their forces limit their use of force in accordance with international law.”