You Are Here: Home → Blogosphere claims censorship of Israel remarks by Oliver Stone on Colbert 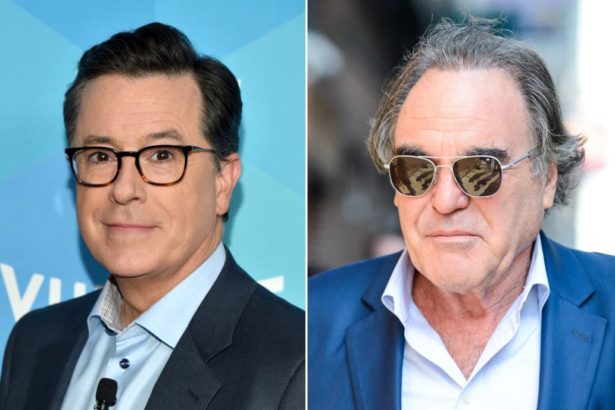 The internet is buzzing with reports that Oliver Stone had things to say about Israel which the network chose not to broadcast, showing how reluctant mainstream media is to portray Israel in anything but a positive light. Here is just one of many reports.

Reports have surfaced that during his heated exchange with Stephen Colbert, Oliver Stone responded to statements from Colbert repeating the tired narrative about Russia interfering in the US election by bringing up an elephant in the room that many media outlets have totally ignored.

Colbert, quick to end that part of the discussion replied, “I’ll ask you about that when you make a documentary about Israel.”

This section of the interview was edited out of the final  broadcast, but multiple sources, including many pro-Israel sources testify to the existence of the in-studio exchange.

Few could reasonably deny that the pro-Israel lobby in the US is extremely power, well funded and influential.

Oliver Stone touched on a deeply important issue, one that clearly did not fit the anti-Russia stance of Stephen Colbert and his producers.