You Are Here: Home → Dishonest coverage by NPR & NY Times of Israel’s attack on Gaza 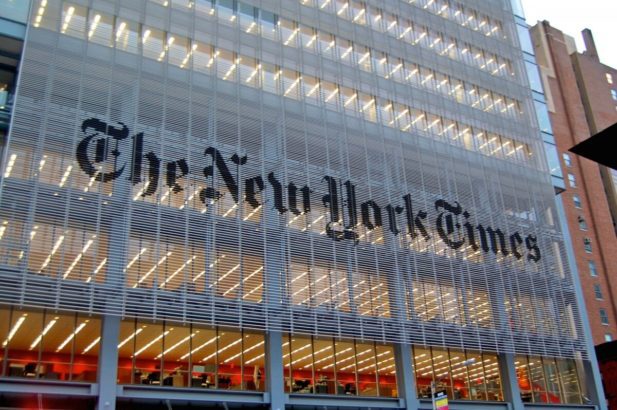 Once again, the U.S. mainstream media is missing — or covering up — a central reason that Israel carried out a preemptive attack on Gaza, killing 46 Palestinians, including 16 children…

Israelis aren’t shy about speculating that Yair Lapid is using the attack on Gaza to convince doubting Israeli voters that he is bellicose enough to continue leading the country, but US media failed to mention this…

And NPR reported nothing whatsoever on air about the assault until August 8, 3 days after Israel launched it…

A just-published opinion poll in Haaretz, the respected Israeli daily, is another reminder that the U.S. mainstream media missed — or covered up —  a central explanation for Israel’s murderous three-day attack on Gaza, which killed 46 people, including 16 children.

And National Public Radio showed once again why its coverage of Israel/Palestine is regularly even worse than the U.S. mainstream average.

First, the Haaretz poll. Israel’s November elections are forecasted to be close, and the opinion survey found that the current governing bloc led by Yair Lapid just edged back into the lead, ahead of Benjamin Netanyahu’s rival coalition. Netanyahu had been ahead — before prime minister Lapid ordered the assault on Gaza.

Israelis aren’t shy about speculating that Lapid is using the attack on Gaza to convince doubting Israeli voters that he is bellicose enough to continue leading the country — but no U.S. newspaper or network even raised that angle.

NPR’s coverage was appalling. First, the radio network reported nothing whatsoever on air until August 8, 3 days after Israel launched its assault, even though it is supposed to maintain a bureau in Jerusalem. Its eventual coverage was a three-minute telephone interview — not with any Palestinians, or even with any Israelis, but with Washington Post correspondent Steve Hendrix.

NPR packed quite a bit of dishonesty into those three minutes. Interviewer Leila Fadel said that the Israeli military launched its aerial assault “after at least 580 rockets were fired from Gaza.” This is an outright lie. Hendrix, later in the interview, did point out that Israel itself admitted its attack was “pre-emptive,” a fact disputed by no one.

Hendrix, who had just arrived in Gaza, said he saw that there had been “a lot of fighting here” — an odd choice of words to describe Israel’s aerial bombardment against a besieged enclave that has no air force of its own. He described seeing buildings destroyed, but interviewer Fadel apparently didn’t think to ask him if he’d gotten around to meeting the families of the 16 children whom Israel had killed.

The New York Times was no better. Its August 7 article continued the preposterous insinuation that the Palestinians had somehow triggered Israel’s attack: “The last two days of conflict in Gaza can be linked back to a spike in violence across Israel and the West Bank several months ago.”

As I have said before, here’s the correct explanatory background paragraph that should appear in every report from occupied Palestine:

Israel has militarily occupied the Palestinian West Bank since 1967, and continues to violate international law by moving hundreds of thousands of Jewish-only settler/colonists into the territory. In response, Palestinians have . . .

The Times report also wrongly stated that the resistance organization Hamas “had seized control” of Gaza in 2007. Mythologies Without End, Professor Jerome Slater’s masterful 2020 history, explains what really happened. Hamas actually won the election in Gaza in 2007; the George W. Bush administration and the discredited Palestinian Authority tried to carry out a coup against the winners, which Hamas then repelled.

In Slater’s words, in the U.S. and Israel what happened in 2007 has been “typically described as a ‘coup,’ when, in fact, it was a response to the real coup — the U.S. and PA [Palestinian Authority] actions after the wrong side won the Gazan election.”

You don’t have to like Hamas to recognize that the resistance organization did have strong popular support in Gaza, and probably still does.

And no New York Times story would be complete without trying to blame Iran. The August 7 article includes a gratuitous reference to Iran’s “nuclear program,” and describes Hamas as one of Teheran’s “proxies” — as if Palestinians in the besieged Gazan enclave needed Iran to tell them to resist living in their open-air prison.

[P.S. Jewish Voice for Peace is today leading an action aimed at the New York Times. It says, “The NYT has parroted Israeli messaging and all mention of Gaza has already disappeared from the front page. Please, take 30 minutes out of your day . . . to hold them to account and demand that the silence around the Israeli government’s crimes end now.”]