You Are Here: Home → Bethlehem: Hundreds mourn the killing of Palestinian nurse at Israeli checkpoint 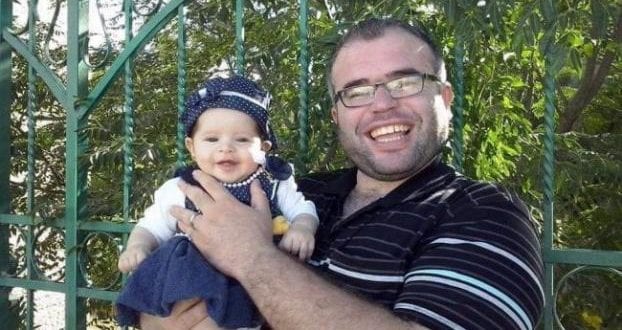 Ramzi Abu Yabes was 32 years old, with 2 daughters, one a newborn.

Israel used live fire as a first resort when a Palestinian male nurse lost control of his car near a checkpoint, mildly injuring 3 IDF soldiers.

Hundreds of Palestinians today marched towards the family home of the Palestinian nurse, Ramzi Abu Yabes (32) who was shot dead by IOF on Monday.

Deheisheh refugee camp, where the nurse lived, held a strike following the shooting which took place at Beit Ummar checkpoint north of Hebron.

Ramzi was driving towards his in-laws home in Beit Ummar village, when he reportedly lost control of his vehicle and drove into a checkpoint at the side of the road. Israeli soldiers immediately opened live ammunition, causing his immediate death.

Mohammed Awad, Coordinator of the anti settlement and wall committee in northern Hebron, told WAFA that eyewitnesses confirmed that the man was surprised when he saw a large group of soldiers, staff from the Israeli civil administration, and a bulldozer on the road as he was driving near Beit Ummar, which made him lose control over the car when soldiers fired at him.

Israeli forces prevented medical teams from providing the Palestinian, who was later identified as Dawood Abu Yabis, with first aid and left him to bleed to death.

The army claimed the Palestinian “deliberately rammed the soldiers,” wounding three. One soldier suffered a moderate wound, and two others were mildly injured.

The family and relatives of Ramzi said he had two daughters, one of them a newborn.

Abu Yabis worked as a nurse at Bethlehem Arab Society for Rehabilitation (BASR). 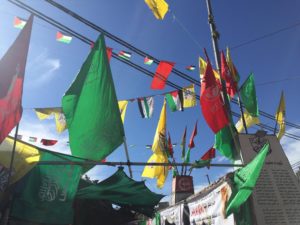 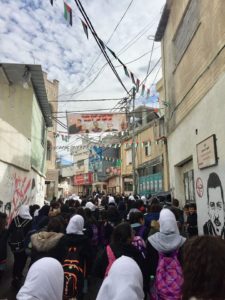 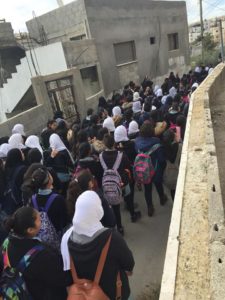