You Are Here: Home → Avigdor Lieberman: all of Gaza’s dead were Hamas (with commentary)

Avigdor Lieberman: all of Gaza’s dead were Hamas (with commentary) 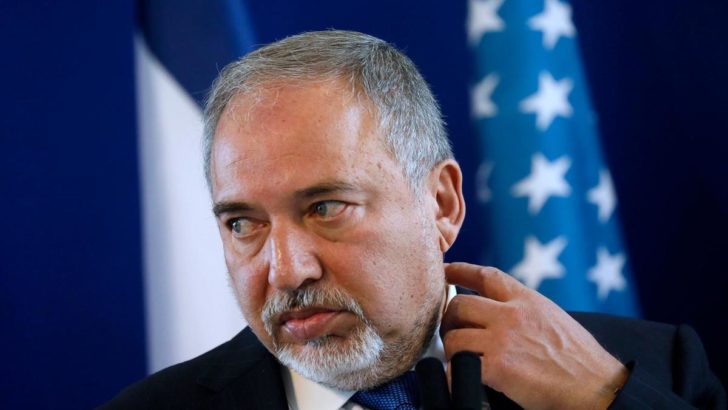 Israeli Minister of Defense Avigdor Lieberman, who once famously said, “there are no innocents in Gaza,” has once again perhaps gone a little too far.

Avigdor Lieberman’s claims that all of the dead in the Great March of Return were part of Hamas, and the IDF destroyed “dozens of terror infrastructures” fails to take into account the facts as stated by officials about accidental killings, as well as the killing of children; he also does not acknowledge the destruction of important civilian buildings and water supplies – both against international law.

Defense Minister Avigdor Lieberman said Monday morning, August 12, that when it comes to the next round of violence between Israel and Hamas in the Gaza Strip, the question “is not if, but when.”

“We are conducting a responsible and powerful security policy,” Lieberman noted, adding that “since the beginning of the ‘March of Return,’ Hamas has lost 168 people, while 4,348 people were wounded and dozens of terror infrastructures were destroyed.”

Editor’s note: emphasis added to underscore Lieberman’s perception that all of those killed – including young children and medic Rezan al-Najjar, whom the IDF claimed to have killed by accident. In fact, on April 29, when about 50 Gazans had been killed, Ha’aretz reported a senior Israeli officer’s claim that most of the IDF’s killings of Palestinians during the Gaza-border protests had resulted from snipers aiming at demonstrators’ legs; the deaths had been an unintentional outcome because protesters had bent down, a sniper had “missed,” a bullet had “ricocheted,” or something else unexpected had happened.

As for infrastructure, Israel has destroyed a 5-story cultural center – one of the most important cultural and artistic centers in the Gaza Strip, as well as an arts and crafts village. The Palestinian Center for Human Rights (PCHR) condemns this attack and stresses that it is a serious violation of the United Nations Educational, Scientific and Cultural Organization (UNESCO) Declaration concerning the intentional destruction of cultural heritage, and a violation  of the international humanitarian law, particularly the articles dealing with the protection of cultural property in  times of war and under occupation (as mentioned in the Fourth Geneva Convention1949 and the Hague Convention of 1954).

PCHR also refers to the Hague Convention respecting the Laws and Customs of War on Land on 18 October 1907, established the principle of immunity for cultural objects, even in case of siege or bombardment.

Israeli missiles also destroyed several wells which, given the already severe water crisis in Gaza, is immoral – not to mention the fact that it is against international law to deprive a civilian population of drinking water as a method of combat.

Defense Minister Lieberman might do well to be a little less absolute in his choice of words, occasionally.