You Are Here: Home → Amira Hass: As if Israel Did Nothing Shameful Before the Advent of Smartphones

Amira Hass: As if Israel Did Nothing Shameful Before the Advent of Smartphones 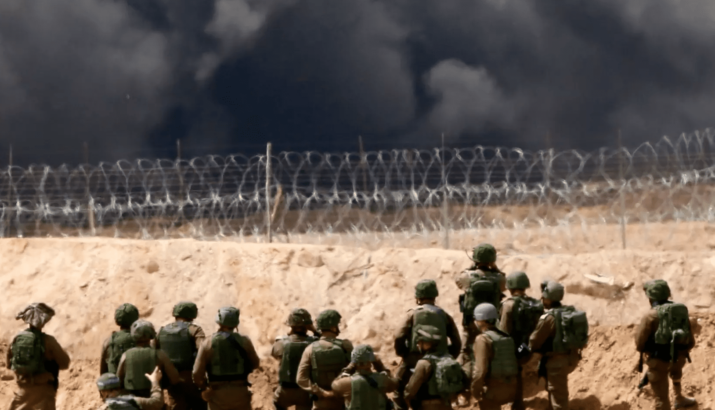 Israeli soldiers who kill unarmed Palestinians didn’t pop up for the first time three weeks ago. Nor did the army’s excuses start only then. Gross violation of human rights (and Israeli denial) are as old as the state itself – even older. The actions and the excuses continue unabated in spite of smartphones and security cameras.

Shame is important, it’s a pity that it came so late. Shame is a necessity, it’s sad that so few people feel it. What made this belated appearance of shame possible is the technology that turned every person with a smartphone into a photographer and every social media app into a Jumbotron, bringing incriminating photographic evidence into every home. In rare cases, they seep through the wall of whitewash and deception that the Israel Defense Forces puts up and the armor of they’re-all-terrorists-anyway that Israelis don willingly.

From the long-delayed shame, we can infer that there are Israelis who believe that IDF soldiers only began wiping out unarmed Palestinians a few weeks ago. That is, they believe that only when smartphones came on the scene, with their ability to publicly expose the soldiers and their dispatchers in all their naked shame, did commanding officers start ordering their soldiers to kill even in the absence of mortal danger. In other words, that until recently, until the smartphone came along, the purity of arms was scrupulously observed and there was no room for shame. And that so it is today, in all the cases in which soldiers and police officers kill and injure Palestinians when no smartphone is there to record it. The Israelis who do feel shame believe the IDF only lies when there is photographic proof of the lie. In its absence, the IDF and the police are the truth-tellers, the Palestinians and a handful of leftists are the liars.

Shame is disheartening for another reason: It reminds us of the fragility of the written word when grounded not in the regime’s version of events but rather in the testimony of the regime’s victims. Before there were cellphones with cameras, and security cameras in every corner, we collected testimonies from dozens of eyewitnesses. We cross-checked them, verified, examined, asked questions – often we were on the scene when the incident took place – and we wrote and published. But it was always our word against that of the supremely pure being: the IDF Spokesman’s Office.

The desired image of the army and the government was crafted at the editing desks and in the streets of Tel Aviv and Kfar Sava. Every day and in every operation, the Palestinian superpower rises up to destroy us and to attack little Israel and its tender 18-year-old children who happened into the superpower’s territory. That’s not the case: The Israeli soldiers who kill unarmed Palestinians did not pop up for the first time three weeks ago. Nor did the army’s excuses start only then. It is you who did not read or do not remember or did not believe.

And when Israel expels the residents of Umm al-Hiran from their Negev township, do you not die of shame for the State and for the fine model community, based on Jewish values, that will be built on the land of the displaced? Are you not ashamed of the State for preventing Umm al-Hiran’s connection all these years to water and electricity, or the Supreme Court justices who permitted the expulsions? Do you not feel shame when a handful of Israelis descend from their settlements and outposts in order to repeatedly attack surrounding Palestinian villages? Do you not blush, or blanch, at the sight of the soldiers who stand by and let then assault, destroy, uproot and cut down? And when the police do not search for the perpetrators even when they’ve been filmed and their place of residence is known, are you not embarrassed in all our names? Are you not abashed by the mere knowledge that this method of settler violence – encouraged by the silence of the authorities – is as old as the occupation itself?

Does the following fact – 2.5 percent of the land of the state is allocated to 20 percent of the population (Palestinian citizens of Israel) – not make you want the ground to open up and swallow you, out of humiliation?

And what about the few Gazans permitted to travel abroad via the Allenby Bridge being forced to promise in writing not to return for one year? And West Bank Palestinians not being allowed to meet with friends and relatives living in the Gaza Strip? And the prohibition against selling Gazan products in the West Bank and exporting them, except for a few trucks carrying a limited number of goods? And what about imprisoning 2 million people behind barbed wire and military observation and shooting towers? All of these, in your opinion, do not deserve inclusion in the record of collective Jewish disgrace?

Expelling Palestinians from their homes, their homeland and their country is a tried-and-true means for diminishing a population in wartime. When that isn’t feasible, concentrating the Palestinians in crowded reservations (on either side of the Green Line) is another method, routine and ongoing. Anyone who found this hard to believe before 1993 received definitive proof in the form of the Oslo Accords: Under the umbrella of the peace process, the main aim of the governments (Labor and Likud) and their bureaucracies was to prove the accusers right, that we are indeed a colonial entity at heart. Does that fill you with pride?