You Are Here: Home → Israeli Lawmaker: Palestinian Teen Tamimi ‘Should Have Gotten a Bullet, at Least in the Knee’

Israeli Lawmaker: Palestinian Teen Tamimi ‘Should Have Gotten a Bullet, at Least in the Knee’ 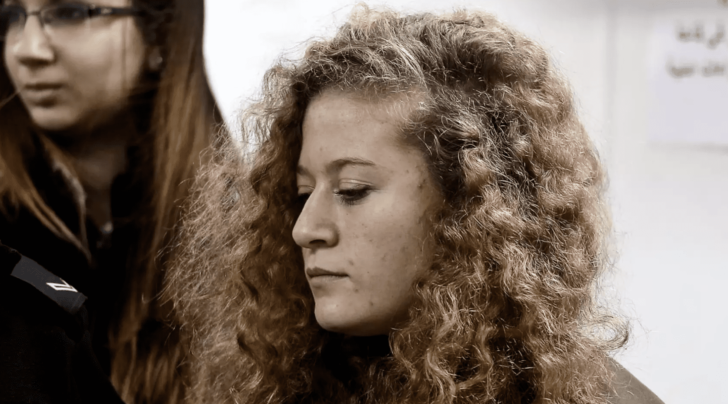 Deputy Knesset Speaker Bezalel Smotrich tweeted that Palestinian teen Ahed Tamimi “should have gotten a bullet at least in the kneecap,” drawing an angry response from feminist Jewish MK Michel Rozin. Tamimi is serving 8 months for slapping a soldier.

Ahed Tamimi, the Palestinian teenager famed for slapping an Israeli soldier on camera, should have been shot, at least in the knee, Deputy Knesset Speaker Bezalel Smotrich (Habayit Hayehudi) wrote on Twitter Saturday.

“In my opinion, she should have gotten a bullet, at least in the kneecap,” he wrote. “That would have put her under house arrest for the rest of her life.”

He was responding to journalist Yinon Magal, who had reposted the footage of Tamimi slapping the soldier along with the text, “I’m watching this clip again and am so glad that Tamimi is still in jail. Sometimes, it’s good that the mills of justice grind slowly.”

Tamimi, 17, was arrested and charged soon after the incident took place last December. In March, she was convicted in a plea bargain of assaulting a soldier, incitement and interfering with a soldier in the line of duty. She was sentenced to eight months in prison plus a fine of 5,000 shekels ($1,400).

[Tamimi’s cousin had been shot in the face by Israeli soldiers only minutes before, and it was unsure at the time whether he would survive.]

MK Michal Rozin (Meretz) responded angrily to Smotrich’s tweet. “You should be ashamed of yourself! Should the hilltop youth from Samaria who threw stones at IDF soldiers last week also have been shot?” she wrote on Twitter, referring to violent settlers in the northern West Bank. “Oh, I forgot – the law is different for enemies …”

“I don’t accept your excuses and explanations,” she added. “You’re a thug and an inciter.”

Tamimi’s mother Nariman and cousin Nur were also convicted in slapping incident. Nariman Tamimi, who shot the video, was sentenced to eight months in prison and a 6,000-shekel fine for incitement, abetting an assault and interfering with a soldier in the line of duty. Nur, who also slapped the soldier, was given a five-month suspended sentence and fined 2,000 shekels.

In the original indictment, Ahed Tamimi was also charged with several other offenses, including throwing stones on various occasions.