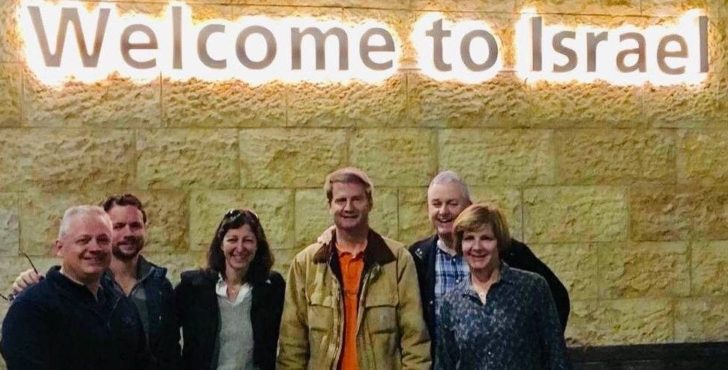 The Israel lobby has been busy taking a wide variety of government officials and opinion makers on fully expense paid trips to Israel this month. The trips cost in the range of $10,000 per person.

AIPAC is widely believed to be the most powerful organization in the US lobbying Congress on behalf of a foreign country. An outgrowth of the 1939 organization “American Zionist Emergency Council,” AIPAC’s annual convention is attended by ambitious politicians from across the political spectrum (see this example; for more on AZEC, read my book on the history of the Israel lobby).

The goal of AIPAC – and of its trips – is to promote American support for Israel despite Israel’s violations of human rights, international law, U.S. law, and discrimination against Christians and others.

In particular, AIPAC is working to keep the over $10 million per day of American tax money going to Israel. While most Americans feel Israel already gets too much money, Congress is about to pass legislation that will increase the gift even further. This will be the largest military aid package in US history; it works out to about $23,000 for each Jewish Israeli family of four, or $7,230 per minute.

While an individual has recently been charged with acting as a foreign agent over her activities with Russia and the NRA, the Israel lobby has worked to influence U.S. policies on behalf of a foreign country for many years, with very few legal consequences. Even when top AIPAC officials were found to have handed over classified documents, the case was dropped (a Pentagon analyst was jailed for 12 years).

The trips to Israel used to be organized by AIPAC itself until Congress enacted legislation in 2007 intended to stop lobbying organizations from taking government officials on fully paid tours. However, the legislation contains a loophole (some call it the “AIPAC loophole“) that allows nonprofit groups to organize such trips, and AIEF officially took over the tours.

An $85 million operation, AIEF takes a wide array of American officials and opinion makers on the all the expense paid trips. It pays for their international flights, hotel accommodations, tourist excursions, meals, drinks, etc. In the past decade it has reportedly spent $12.9 million on bipartisan Congressional trips to Israel.

While some of the more savvy participants may be skeptical of an advocacy organization claiming to give them an unbiased, “educational” look at the region, they seem willing to go along. The Israel lobby is widely known to make or break careers.

The trips by AIEF and similar organizations are carefully tailored for each group. There are trips for military veterans, business leaders of all races and ethnicities, educators, athletes, students, individuals of every sexual and religious persuasion, and politicians at every level of office, from local to national.

The meetings even include a few hand-picked “Palestinian representatives” and Druze Israelis, allowing the tours to be pitched as “educational” trips where participants allegedly see “all sides.” They are given inaccurate histories of the region and filtered information about the current situation. Not surprisingly, participants come back spouting the Israeli talking points they’ve been fed. (See some schedules and itineraries here.)

Whether or not they are taken in by the tour, it is likely that politicians understand the political calculus of allying with one of the most powerful lobbies in the U.S.

Most politicians and many others are acutely aware that this is a group that has the money and power to further their careers – or to impede them. As these extravagant trips exemplify, AIPAC and related groups possess hundreds of millions of dollars to devote to cultivating Congressional representatives and others.

Pro-Israel billionaires like Sheldon Adelson, Haim Saban, and Paul Singer donate massive quantities of money to promote Israel in the US. They and others fund numerous projects to inculcate pro-Israel beliefs in Americans. These trips are one of the ways they do it.

The new Congressional representatives and Setmayer have occasionally been tweeting about the trips. Below are a few examples:

We were invited to survey the Israeli border areas including the Gaza Strip and the West Bank. Then they took us to a military base to inspect the terror tunnels. Our return trip took us over Jerusalem, where we saw the security wall between the West Bank and Israel. #VA05 pic.twitter.com/DkZaOXejWr 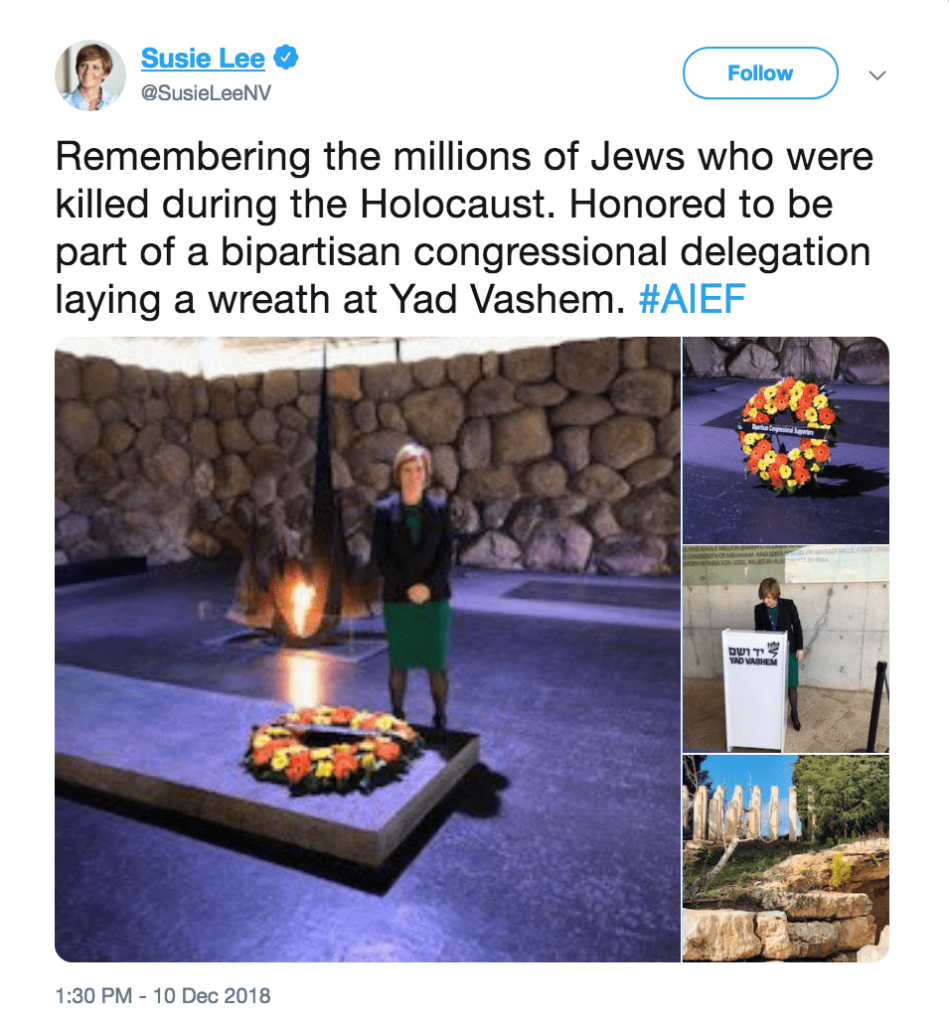 One of the most intense experiences of my life was standing inside a bombed out former Syrian Army HQ, now on the Israeli side of the Golan Heights, just 150 yards from the Syrian border.That happened today. 😯 pic.twitter.com/9oSRW5VLqZ

Setmayer has also published a podcast about the trip that mentions her Jewish ancestry and repeats a number of Israel’s nonfactual talking points. In the podcast she shows little awareness of the situation in Gaza or the history of the region, despite – or perhaps because of – her “educational trip.”

Given that CNN commentator Marc Lamont Hill, a tenured professor, was just fired by CNN for a UN speech in which he supported full Palestinian rights, it is perhaps not surprising that Setmayer sings Israel’s praises.

Meanwhile, U.S. media regularly provide Israeli-centric reporting to Americans. For example, almost no news organizations have told Americans about the current legislation before Congress to give Israel a minimum of $38 billion over the next 10 years, currently being held up by Republican Senator Rand Paul.

Alternative trip to the region

Perhaps for the first time ever, a Congressional representative is openly challenging AIPAC over these trips. Newly elected Democrat Rashida Tlaib has announced that she will be organizing an alternative trip to the region.

A Palestinian American citizen of Detroit, Tlaib explained:  “I don’t think AIPAC provides a real, fair lens into this issue. It’s one-sided. … [They] have these lavish trips to Israel, but they don’t show the side that I know is real, which is what’s happening to my grandmother and what’s happening to my family there.”

While most Americans desire fairness and would likely believe it reasonable for their representatives to either go on no lobby-funded trips, or go on trips by both sides, it is unclear how many politicians will be willing to do so. As Republican Congressman Paul Findley recorded in 1985, and many politicians from both parties have learned since, defying the Israel lobby can be political suicide.

But as increasing numbers of Americans learn the facts on Israel-Palestine, a few politicians now are taking on the Israel lobby, and winning. One of them, Alexandria Ocasio-Cortez (D-NY), has already announced that she will not be joining the annual AIPAC trip for freshman Congressional reps.

The videos below give a feel for these pro-Israel funded trips: