You Are Here: Home → ADL, Nat’l Assoc of Jewish Legislators call for Special Envoy who monitors criticism of Israel 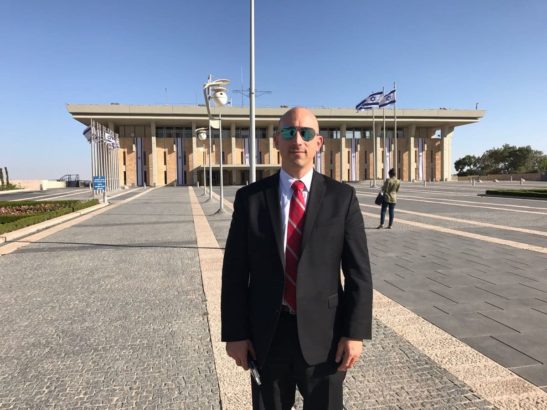 ADL head Jonathan Greenblatt initiated a petition calling for a new ‘antisemitism envoy.’ In June Greenblatt tweeted this photo of himself in Israel, saying he was glad to be back for the anniversary of the Six Day War. The war, initiated by Israel, began Israel’s occupation of the West Bank, Gaza Strip, and Golan Heights.

The National Association of Jewish Legislators and the Anti-Defamation League (ADL) are demanding that President Donald Trump appoint a special envoy in the State Department “to monitor and combat” antisemitism that actually often focuses on activism supportive of Palestinian human rights.

A previous envoy redefined antisemitism to include criticism of Israel. As a result, much of what the envoy’s office works to combat are actions in support of Palestinian rights.

The Trump administration says it may not fill the position as part of its cost-cutting measures. Currently, seven special envoy positions out of 13 are unfilled. Secretary of State Rex Tillerson has also said an antisemitism envoy is unnecessary since such work is already being accomplished by other State Department offices.

According to Yeshiva World : “New York State Assemblywoman Helene Weinstein has joined over 60 of her Jewish legislator colleagues, demanding President Donald Trump fill vacancies in the Office of the Special Envoy to Monitor and Combat Anti-Semitism.”

The article reports that the campaign is organized by the National Association of Jewish Legislators (NAJL). One of NAJL’s major focuses is support for Israel.

The Anti-Defamation League, which advocates for Israel and considers criticism of Israel “antisemitic,” delivered a petition to the White House urging trump to appoint a Special Envoy immediately.

ADL head Jonathan Greenblatt joined two previous antisemitism envoys in a Washington Post column endorsing the antisemitism envoy. The piece noted  that the position often focuses on protecting Israel from criticism: “Perhaps most importantly, the special envoy’s office successfully urged our democratic allies and other nations to adopt a working definition of anti-Semitism. Significantly, the definition singled out as anti-Semitic the demonization of Israel and creating a double standard for Israel…”

On his June trip to Israel, Greenblatt met with the Kantor Center on Anti-Semitism and Dina Porat, who helped create and disseminate the new, Israel-centric definition of antisemitism. 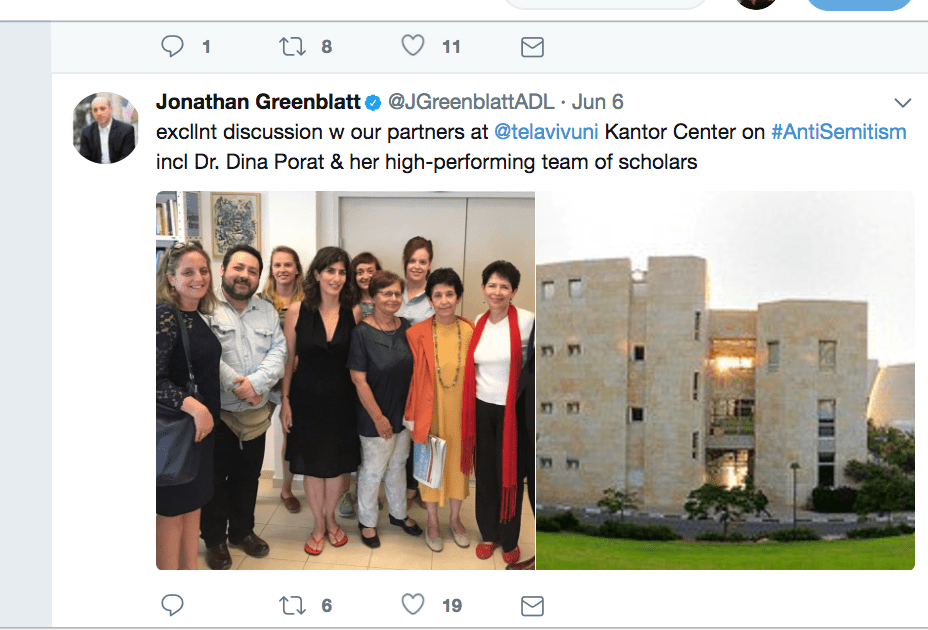 The new definition originated with a formulation by an Israeli minister that was taken up by a European agency (which later abandoned it), and then adopted by Antisemitism Envoy Hannah Rosenthal for the US State Department. The next antisemitism envoy, Ira Forman, worked to disseminate it internationally. Forman had worked for AIPAC, the Israel lobbying organization (see details here).