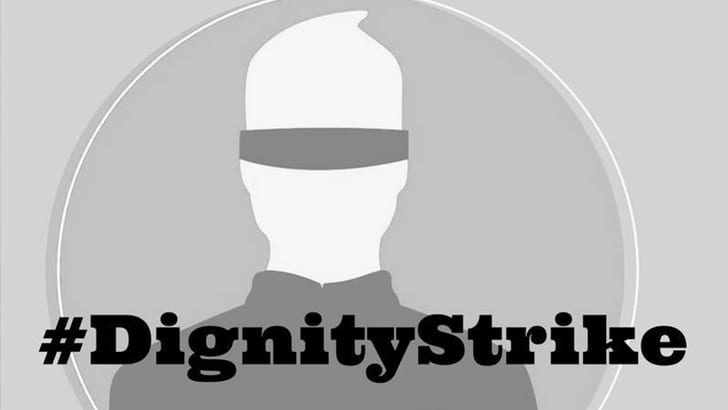 Over 1,000 Palestinians held in Israeli jails are now on their 38th day of hunger strike. (Scroll down to see a list of actions you can take.)

Since the Israeli occupation began in 1967, Israeli forces have arrested more than 800,000 Palestinians, almost 20% of the total Palestinian population in the occupied territories.

More than one in three Palestinian men have been imprisoned by Israel. They are sentenced by a court system run by the Israeli military, and 99.74% of the cases heard there end in conviction.

Some Palestinians are held indefinitely without charges or trial. Palestinians have even been jailed for posting about their own oppression on Facebook.

The prisoners have a range of ​basic demands, but Israel ​still ​refuses to negotiate with them and has inflicted various forms of punishment on those participating, including:

While American media is quick to report violence coming from the Palestinian resistance to Israel’s occupation, they are astoundingly quiet when it comes to nonviolent resistance. The largest collective hunger strike in the world should be headline news.

These hunger strikers need us to act now to amplify their voices.

Here are things you can do:

1) Call, write, and tweet your Congressional rep and ask them to:

5) Write to the major media outlets as well as your local newspaper giving the facts, and ask why they’ve barely covered this

6) Organize or attend a rally: