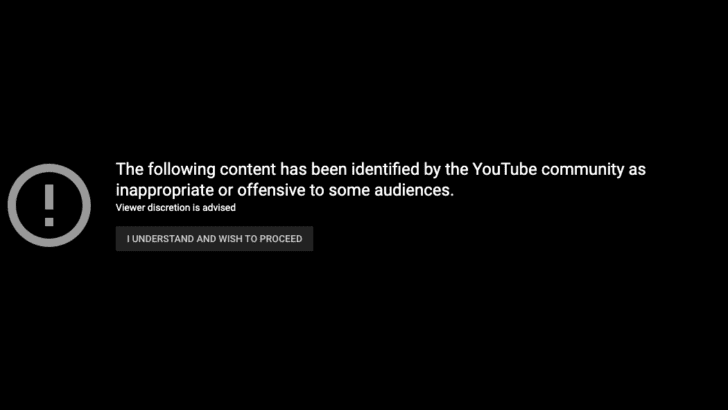 YouTube does not want American high school students to know the truth about the Israeli occupation of Palestine.

YouTube is censoring an eight-minute video entitled “Daily Life in Occupied Palestine.” The video, produced by If Americans Knew, contains video clips of Israeli actions against Palestinian men, women, and children, both Muslim and Christian. It also provides statistical and historical information about the Israeli-Palestinian issue. The US gives Israel over $10 million per day. 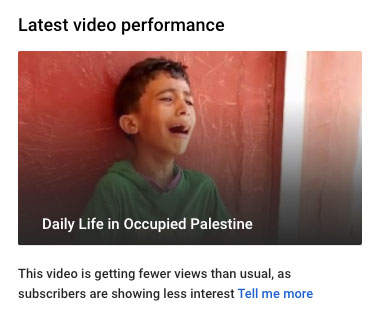 YouTube restored the video, but is prohibiting high school students from viewing it, and discouraging adults from watching it.

When people click on the video, they see a black screen with the unusually dire warning: “The following content has been identified by the YouTube community as inappropriate or offensive to some audiences. Viewer discretion is advised.”

This has caused a significant reduction of views.

If Americans Knew has appealed these actions, writing to YouTube that the video—

“hasn’t been identified by ‘the YouTube Community’ as offensive; the information it contains has been labeled offensive by Israel partisans – that’s very different.

“We went to great lengths to censor all scenes of blood and gore, and even profane language. The purpose of this video is to educate the public about the ongoing situation in Israel-Palestine.”

In point of fact, the video is entirely within the range of footage shown on nightly TV. The only viewers for whom this is “offensive” are the Israel apologists whose lobby enables the violence it contains.

High school students study U.S. History, World History, and Government. They will soon be voters. Many are politically active and volunteer in diverse political campaigns. They regularly see movies filled with violence. There are laws in at least 12 states mandating that schools teach about the Nazi holocaust, an extremely violent episode in European history.

It is deeply inappropriate for YouTube to prevent American students from viewing a factual video about one of the most urgent issues in today’s world, and about a country that receives more US tax money than any other.

It is similarly inappropriate for YouTube to work to discourage adults from viewing the video and thus learning about what our money to Israel funds.

While YouTube, a Google subsidiary, is a private company, its dominance of the video hosting market confers certain responsibilities of fairness on it.

We ask that people who oppose censorship and believe that Americans need to learn facts about this urgent issue tell YouTube to remove its prohibition against students viewing the video, and remove its damaging warning screen.