You Are Here: Home → Why the BBC Acts as a Propaganda Outlet for Israel – An Insider View 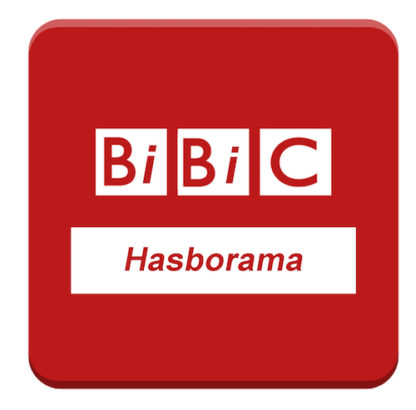 A 35-year-veteran of the BBC says the BBC has always been biased toward Israel. He reports that a small number of hardline Zionists occupy key positions at the top and middle levels of the corporation, as well as at the shop-floor level – the people who select what to broadcast on a daily basis

The BBC’s Panorama channel ‘investigation’ into Labour’s ‘anti-Semitism’ was so blatantly one sided its broadcast as ‘news’ demanded an explanation. In an attempt to grasp why the British national broadcaster fails to fulfill its core mission to report the news in as unbiased a manner as possible, I interviewed a former senior editor for the BBC. The editor, a 35 year veteran of the BBC, reveals the culture that has steered the BBC into its present position as a Zionist mouthpiece.

In acting as a whistle blower, the former editor risks severe consequences. In Britain leading journalists have been locked behind bars and put under threat of extradition for reporting information whose truthfulness has not even been challenged.

Sadly, this danger is heightened under the present toxic political atmosphere in Britain, as demonstrated by its purging of a major political party and its tolerance for abuse of its judicial system to deter and punish anyone who dares to question the Zionist narrative.

Q: When did the BBC become openly biased?

A: The BBC has always been biased towards Israel, and its bias has been well documented.  The reasons for this bias have long been the subject of serious academic studies, the best known of which is Greg Philo’s and Mike Berry’s More Bad News from Israel. In fact, in 2006 an independent report commissioned by the BBC’s own governing body concluded that the BBC’s coverage of the Israeli-Palestinian conflict “does not consistently constitute a full and fair account of the conflict but rather, in important respects, presents an incomplete and in that sense misleading picture.”

Q: Who and what drove this cultural and political direction within the corporation?

Q: What about political impartiality, supposedly a core BBC value?

A: Unfortunately, there are many examples of  such pro- Israel hype, some blatant and others who slant the news by use of emphasis and/or  omission. For instance, there was Sarah Montague’s interview with Israel’s defence minister, Moshe Ya’alon, in March 2015, Head of Statistics’ Anthony Reuben’s reflection on fatalities in Gaza   (http://tinyurl.com/ycc9p8d4), and the utilization of  Gil Hoffman, an Israeli army reservist and chief political correspondent for the Jerusalem Post to write for the BBC News website (http://tinyurl.com/yanppk93) to mention but a few.

Q:  Does the broadcaster have the means or inclination to fix itself ?

A: In my opinion, the chances of the BBC fixing itself is about zero. Apart from what I have said above, it is a cowardly, spineless organisation. Not only does it always pursue the path of least resistance by selecting to broadcast what is least likely to upset the Zionist lobby, but it is also deadly afraid of what the Daily Mail might say about its output. Very often, and by that I mean almost on a daily basis, one would hear senior managers ask at the morning agenda-setting editorial meetings, “What would the Daily Mail say about that?” Invariably, they would choose what is least likely to be picked up and criticised by the Daily Mail. Please remember, this is a public broadcaster that is funded by taxpayers (yes, the License Fee is a tax) and is supposed to “Educate, Inform and Entertain”, not propagandise on behalf of Israel.

Q: Some of the so-called Labour ‘Whistleblowers’ were exposed by Al Jazeera as Israeli Lobby assets. Is it possible that the BBC was so bold as to interview these characters hoping that no one would notice or was it simply  a matter of a clumsy decision making? Can the BBC match the journalistic dedication of organisations such as RT or Al Jazeera?

A: There is no chance whatsoever that the BBC would do anything approximating Al Jazeera TV’s programme on Israeli infiltration of the Labour Party (http://tinyurl.com/yad6fslm). The BBC is institutionally pro-Zionist and institutionally spineless.

Q: You worked in the corporation for 35 years, did you notice a deterioration in the quality of people hired? Was there a change in employees’ attitudes and their willingness to express themselves freely and critically?

A: I worked for the BBC’s English-language outlets as an editor and senior editor for 35 years. Since the early 1990s there has been growing intolerance of criticism of editorial management decisions, even in internal forums which internal BBC propaganda claims are meant for staff to speak freely. This applies across the board on all matters. But certainly with regard to Israel and Zionism, any questioning of BBC impartiality would attract accusations of anti-Semitism and would certainly spell the end of one’s career, no matter how privately and confidentially such criticism is conveyed.

Gilad Atzmon is a former Israeli citizen who writes frequently on Israel-Palestine and the pro-Israel lobby.