You Are Here: Home → Why are global organizations attacking a talk at Clovis Community College? 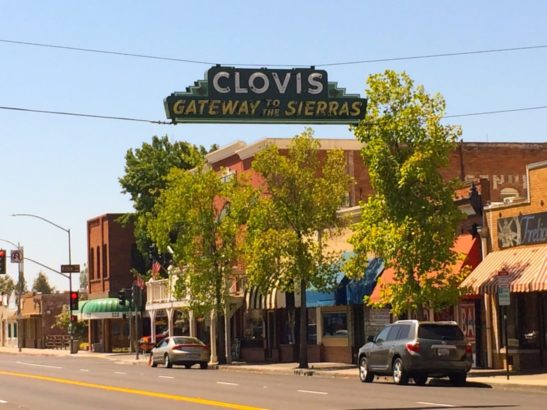 Clovis Community College is at the center of a swirling controversy that needs to be deconstructed.

In the past 3 days, 4 massively powerful organizations with net assets totaling over a third of a billion dollars, have released aggressive statements condemning a small-town lecture at a small-town community college. Why is that?

The American Jewish Committee (AJC) – a global organization with thirty offices worldwide and net assets of almost $158 million – has taken a full-throated public stand against an event at Clovis Community College in central California, as has the Anti-Defamation League (ADL – with approximately $145 million in assets), and StandWithUs (annual revenue: $12 million). A director of the Weisenthal Center, another global organization (with assets of $54 million) has spoken up as well.

And the most important question of all: when and where is this event? – because it sounds like a must-see. (Answer: 6:00 pm, September 18th at Clovis Community College Forum Hall, 10309 N Willow Ave, Fresno CA.)

The event was organized by GV Wire, a local news organization that, according to its website, strives to “objectively explore, explain and expose the complex policy issues that impact our lives…we also will not hesitate to shed light on anything that stands in the way of a healthier and more prosperous world.”

Only a handful of topics can generate such excessive censure – even fewer can activate such a high-powered defense team.

It’s about Israel. Not the startup tech part, or the spiritual tourism part.

The “apartheid” part, the “ethnic cleansing” part, and the “racism” part – the parts that are, to say the least, controversial. The parts that some say deserve exposure and robust debate; others call it hate speech and want it shut down.

Alison Weir is founder of If Americans Knew (mission statement here) and President of the Council for the National Interest (mission statement here). She has been writing and speaking about the Israel-Palestine issue for over eighteen years, advocating for transparency in the US government regarding aid to Israel, and calling for justice for Palestinians.

The two organizations she leads have always been extremely diverse, their boards and staffs including people of a variety of races and ethnicities, including Asian American, African American, Hispanic American, Jewish American, and Muslim American, to name a few.

Weir’s belief that “all Americans, regardless of their race, religion, or political perspective, have the responsibility and need to be fully informed about Israel-Palestine, since all of our tax money is going to the over $10 million per day that American politicians give to Israel.” Because mainstream media doggedly refuse to tell the truth about this issue (for example, read this, this, and this), she has dedicated her career to the task.

As a journalist, Weir has written many thoroughly cited, well-researched articles (some of them are here), as well as a book called Against Our Better Judgment: The Hidden History of How the U.S. Was Used to Create Israel. She has also been interviewed by many news media, most of them liberal.

The charges and accusers

ADL Central Pacific Regional Director Seth Brysk declares, “Under the pretense of political activism, Weir routinely employs classic anti-Semitic tropes.” Brysk also maintains that Weir refers to Jews as “an object of hatred of all the peoples among whom it has established itself.”

CEO and cofounder of pro-Israel org StandWithUs Roz Rothstein, claims that Alison Weir promotes “vicious hate and wild conspiracy theories about Jews and Israel,” and asserts that the event sponsors will be “complicit in promoting antisemitism” unless they pull out of the venture entirely.

Rabbi Abraham Cooper of the Simon Wiesenthal Center argues that Weir “hates Israel, slanders Israel…she’s not a dialogue lady, she’s a propagandist.” He also questions why the event’s organizer did not bring in a speaker from the other side “to provide more balance on the issue.”

Response to the charges

Alison Weir is no stranger to such accusations – they have been part of her life since she began Palestine advocacy. (She has even faced death threats.)

Regarding the “anti-Semitic tropes” allegation, she explains that she has simply never said or written these things. Indeed, the quote that Brysk fraudulently attributes to Weir is actually an obscure 2012 repost on her personal blog of an article by a Jewish blogger, who was in turn quoting a 19th-century Jewish writer.

The “wild conspiracy theories,” “medieval antisemitic slurs,” and “blood libel” charges, Weir explains, refer to two articles (they can be read in their entirety here and here) which contain not Weir’s theories, but reports from the New York Times and several Israeli and Jewish outlets. Her pieces were detailed and thoroughly cited, and both were published by respected news organizations. “All I did in those articles,” she explains, “was let Americans know what readers of the Israeli and Jewish press already know.” (Indeed, Jewish Press had reported: “By now just about everyone in the Jewish world has heard about the blood libel affair that has emerged from Bar Ilan University in Israel.”)

Weir adds that in spite of these international organizations’ massive budgets and large staffs, “they can’t find a single thing I’ve said or written myself that supports their accusations. That’s because there are none.”

She also notes that the ADL frequently tries to shut down Palestine advocacy events nationwide, and has even produced a how-to manual for doing so on college campuses. (Read about it here.)

In response to the AJC claims that she “seek[s] airtime on white supremacist shows,” Weir explains that at no time has she sought airtime on white supremacist shows, and she has actually been a guest on only one that could be characterized that way. Rather, she accepts invitations to be interviewed “across the political spectrum,” on “all types of programs” – wherever she can talk about the issue of justice for Palestinians. (She was even on a rightwing Israeli talk show.) This diversification is intentional: she wants all types of people to hear the truth. Whenever possible, she brings into the conversation her opposition to all racism and violence.

As for the appeal by Rabbi Cooper to “provide balance” by bringing in another speaker to counter Weir, her response is twofold. She contends that the “other side” of the Israel-Palestine issue is the perspective already presented in mainstream media – a perspective that has been documented as severely biased in Israel’s favor. Weir also suggests that if pro-Israel orgs want a hearing, they make their own presentations, at their own venues, rather than trying to impose themselves on an event to which they were not invited to speak. “My talk at Clovis,” she insists, “is to provide information that most Americans rarely, if ever receive.”

Seth Brysk, ADL’s Regional Director, supports Alison Weir’s First Amendment rights, and acknowledges that “people of conscience have a responsibility to use our own rights” to respond to what she has to say. But if, as he hopes, the event is cancelled, both Weir and the residents of Clovis will lose these rights.

AJC has as its slogan, “Advocating for Israel and the Jewish people. Defending democratic values for all.” But recent polling suggests that Jewish support for Israel is far from widespread – 42% of Jews say that the US government favors Israel too much. Jay Ruderman, who works to strengthen the Israel-American Jewish bond, points out the presence of a “growing rift between Israel and American Jewry.” This would suggest that AJC’s work to shut down Alison Weir is in the interest of not American Jews as a whole, but only the pro-Israel sector.

StandWithUs self-describes itself as “an international non-profit Israel education organization,” and believes “that education is the road to peace.” Its mission statement says that knowledge “will promote discussions and policies that can help promote peace in the region.” But a stance that shuts down education and discussion does not advance this goal.

Why so much opposition?

Alison Weir believes there is only one reasonable explanation for these giants in Israel advocacy to attack a small-town event – and to defame her personally – with such vehemence: “When you want to block the message, you shoot the messenger.”

She elaborates, “Israel advocacy groups like the ADL, the American Jewish Committee, and StandWithUs don’t want people to learn the facts I provide in my talks. The reality is that numerous human rights groups have documented Israeli war crimes, including Human Rights Watch, Amnesty International, Christian Aid, B’Tselem (an Israeli NGO), the International Red Cross, Physicians for Human Rights, Reporters Without Borders, Foreign Service Journal, and even the U.S. State Department.”

In addition, Weir asserts, “Pro-Israel groups don’t want Americans to learn that we give Israel over $10 million per day – over $7,000 per minute.”

Her hope is that “people who live in the Fresno-Clovis area will come to hear me for themselves and make their own decisions.”

Antiwar and anti-empire activist Dan Yaseen works with Peace Fresno, one of the organizations promoting the event in Clovis. In an email interview, he revealed that “[p]owerful Jewish organizations have been trying to silence Alison for many years because they do not like her message…These organizations conflate criticism of Israel and Zionism with anti-semitism, which is absolutely wrong.” He recalled that in 2014, Weir faced similar attacks which coincided with the publication of her book, Against Our Better Judgment: The Hidden History of How the U.S. Was Used to Create Israel.

Kathryn Shihadah is a staff writer at If Americans Knew and blogs at Palestine Home.

(The article has been updated. While the story provided the full address of the college correctly, it incorrectly stated that Clovis Community College is in Clovis, CA. It is actually 2 minutes outside the city limits. It also originally understated the ADL’s financial assets.)

A Modest Proposal to the Anti-Defamation League

Video of Interview with Alison Weir