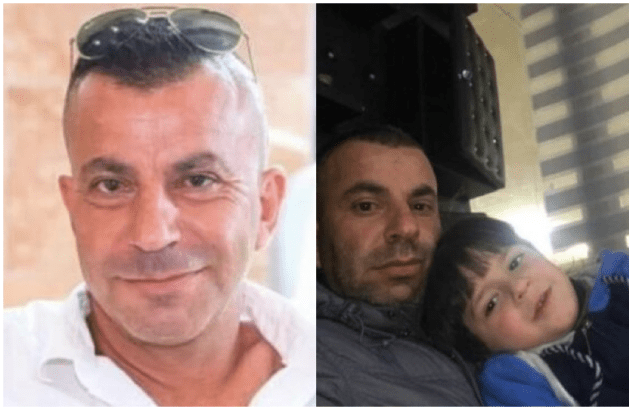 Israel’s most recent military killing took the life of Palestinian Raed Jadallah. It is just another in a long string of shootings by Israeli military.

Israeli military shot Palestinian Raed Jadallah with live fire and allowed him to bleed to death. Israel will “investigate” the unexplained killing.

Israeli soldiers killed, late on Tuesday at night, a young Palestinian man in the western area of Beit Ur at-Tahta, west of the central West Bank city of Ramallah, after the army attacked Palestinian workers in a crossing area of the Annexation Wall.

Eyewitnesses said the soldiers fired live rounds at the Palestinian, who suffered serious wounds and bled to death after the soldiers refused to allow any Palestinian to approach him, the WAFA Palestinian News & Info Agency has reported.

In a statement, the Palestinian Health Ministry said the Palestinian Civil Coordination Office was informed by the Israeli side that the young man has died from his wounds.

On Wednesday at dawn, the slain man, was identified as Raed Yousef Rashed Jadallah, 39. He lived in Beit Ur at-Tahta and bears a Jerusalem ID card, the Maan News Agency said.

The Palestinian was laborers who worked in occupied Jerusalem, and was crossing one of the military-controlled crossing points, when the soldiers delivered the fatal shots.

Village residents said there were no disturbances or clashes in the area at the time of the shooting, which occurred near the village of Beit Ur al-Tahta, west of the city of Ramallah.

The victim, a 39-year-old man who lived in the village, carried Jerusalem ID papers which allowed him to cross freely between Israel and the West Bank, according to local residents.

He was returning from work in Israel when he was shot, they said.

The Palestinian health ministry did not provide further details. The Israeli military said it was looking into the incident.

The West Bank, Gaza and East Jerusalem, areas where Palestinians hope to create an independent state, were captured by Israel in the 1967 Middle East War.

Eleven days of conflict between Israel and Gaza in May marked the worst violence in the area since 2014, leaving more than 250 Palestinians and 13 people in Israel dead, and unrest has persisted despite an Egypt-brokered ceasefire.

Attacks by Israeli troops and settlers across the West Bank in response to widespread protests during May against Israeli raids on al-Aqsa mosque saw 29 Palestinians killed and dozens wounded.

Last month, Israeli forces wounded at least 53 Palestinians amid a crackdown on protesters in the northern occupied West Bank village of Beita who are opposing the establishment of a new outpost in the area.

Seven Palestinians, including two teenagers, have been killed since the protest campaign against an illegal Israeli settlement on the town’s outskirts broke out in May.