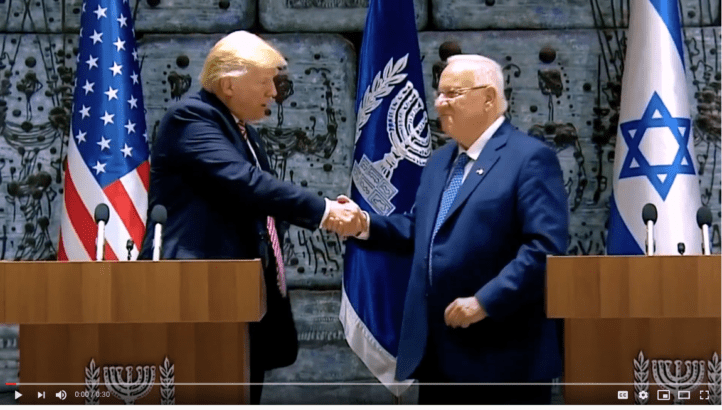 The Republican Jewish Coalition and the Democratic Majority for Israel are both airing ads in Florida claiming that their presidential candidate will do the most to help Israel. Both groups hope to swing the presidential election to their candidate in Florida, the nation’s most populous swing state, and in other contested states.

The Miami Herald reports that the pro-Trump ad is “funded by the RJC Victory Fund, a political arm of the Republican Jewish Coalition. The RJC says it will spend $3.5 million on the ads, part of a broader $10 million pledge the organization made in August to help Trump win over Jewish voters in battleground states.”

The Herald reports that the ads will run in Miami-Dade, Broward and Palm Beach counties. “The tri-county area is home to more than 500,000 Jews,” the Herald reports, “a reliable Democratic voting bloc that Republicans nevertheless believe they can push to the right in Florida, a state where even small shifts can yield big results.”

The pro-Biden ad is funded by the DMFI PAC. The group announced that it will be airing its 30-second pro-Biden ad first in Florida, and then will run it in other battleground states across the country. DMFI says the ad is “targeted to pro-Israel voters.”

Below is the RJC ad, followed by the DMFI ad:

Below are two previous videos by the RJC PAC:

Both groups previously ran attack ads against Bernie Sanders, who had spoken out about Israel’s treatment of Palestinians.

Below is the anti-Sanders ad by the RJC PAC.

The RJC PAC states that the ad was aired during the Democratic debates “in critical battleground states — Florida, Ohio, Pennsylvania, and Arizona” and also in Washington, DC.

It reports that the ad was part of a “$10 million effort being undertaken to target Jewish voters in the upcoming election. RJC Victory Fund CEO Matt Brooks said: ‘The Jewish community faces the very real risk that we could end up trading the most pro-Israel President in history for the first enemy-of-Israel President in history. The stakes for the Jewish community and the nation with Bernie Sanders as President could not be higher.'”

Below are two anti-Sanders ads by the DMFI PAC

What neither group is showing voters

The U.S. gives Israel over $10 million per day, due to the efforts of lobbying groups such as these and many others, which work to cover up Israel’s human rights abuses.

It is unlikely that either the RJC or the DMFI will air this video:

Information and statistics on Israel-Palestine