You Are Here: Home → US Blocks UN Condemnation of Israeli Destruction of Palestinian Homes

US Blocks UN Condemnation of Israeli Destruction of Palestinian Homes 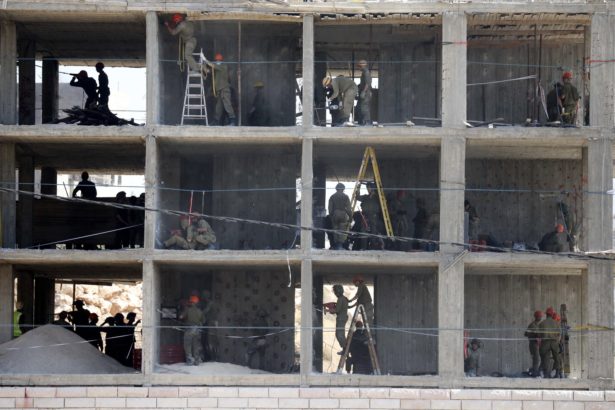 When 3 member states in the United Nations tried to pass a resolution condemning Israel’s act of demolishing Palestinian homes – which contravenes international law – the United States blocked the measure.

United States representatives to the United Nations blocked Wednesday an attempt by Kuwait, Indonesia and South Africa to get the Security Council to condemn Israel’s destruction of Palestinian homes in East Jerusalem, despite fierce objection.

The diplomats of the three nations circulated a five-paragraph draft statement to the 15 member-states of the  U.N. Security Council on Tuesday. The statement is pushing to make public the decision to demolish the city. Destroying the Palestinian homes “undermines the viability of the two-state solution and the prospect for just and lasting peace,” the letter said.

However, the U.S. rejected the move as it also later did to a revised three-paragraph draft version that was circulated and seen by Reuters. The North American delegation accuses the U.N. of a so-called “anti-Israel” bias, in a tactic to shield Israel’s human right’s and international law violations.

This comes as the Israeli occupation forces demolished 11 Palestinian homes in Sur Baher, evicting 100 families, next to the illegal Israeli separation wall on the outskirts of eastern Jerusalem Monday. The barrier severs Jerusalem from the West Bank. In 2004, the International Court of Justice (ICJ) ruled that the barrier violated international law.

Sur Baher was previously captured and occupied by the Israeli army following the latter’s victory during the Six-Day War of 1967. Israel’s Supreme Court ruled in June that the structures violated a construction ban. The deadline for residents to remove the affected buildings, or parts of them, expired Friday.

Yet residents said they would be made homeless and they had obtained permission to build from the Palestinian Authority, which exercises limited self-rule in the Israeli-occupied West Bank.

Palestinians have expressed fear that the razing of homes and buildings near the fence will set a precedent for other towns along the route of the barrier, which runs for hundreds of kilometers around and through the Israeli-occupied West Bank.

“What happened today in Sur Baher is of even greater significance, as many other homes and structures now risk the same fate,” the U.N. statement said.