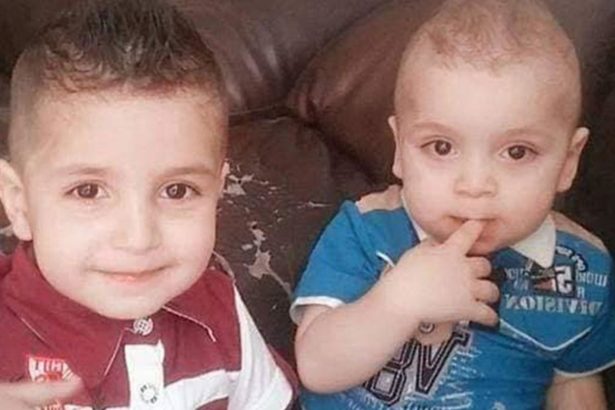 Palestinian children were killed in a blaze at their home after Israeli forces prevented the fire brigade from reaching them in time in Hebron, West Bank

Israeli soldiers prevented a Palestinian fire truck from reaching a home fire, resulting in the deaths of two small children. This is just one example of a trend: Israelis detain or damage ambulances and attack medics on a regular basis.

Two Palestinian children have been killed in a blaze at their home in occupied Hebron after the Israeli authorities prevented the fire brigade from reaching them in time.

The two children – one of whom is believed to have been just 18-months old – were burned to death in a fire at their home in the Al-Salaymeh neighbourhood of Hebron’s Old City in the occupied West Bank. One was reported dead late last night, while the second succumbed to the burns received this morning after receiving emergency treatment at the nearby Hebron government hospital. A third child, thought to be the dead children’s brother, also suffered severe burns in the incident and remains in intensive care, according to hospital Director Dr Walid Zalloum.

The names of the three children have not been released formally, but Palestinian news site Palestine Today named the two who were killed as four-year-old Wael Al-Rajabi and his 18-month-old sister Malik. The local police spokesman, Colonel Loai Arziqat, confirmed in a press statement that two children had died, but did not offer further information.

Though the emergency services were called, the fire brigade was prevented from reaching the scene by Israeli soldiers. In a video filmed last night at 21:50 local time (19:50 GMT), the fire engine can be seen trying to drive down a narrow street. The truck comes to a stop at a road block obstructing the way, while local residents implore the Israeli soldiers stationed there to “open the gate quickly, for the children.”

The Israeli soldiers, however, did not yield to the onlookers’ pleas, delaying the emergency services’ response and preventing them from reaching the property. The cause of the fire remains unknown.

Israel is no stranger to restricting emergency services’ access to Palestinians in need. According to Medical Aid for Palestinians (MAP), citing the Palestine Red Crescent Society, since 2015 Israel has prevented ambulances from crossing checkpoints on 123 occasions. In addition, there were 386 attacks against Red Crescent teams across the occupied Palestinian territories (oPt) during the same period, as well as 105 ambulances damaged.

In December, Israeli soldiers shot a Palestinian child then prevented him from receiving potentially life-saving medical treatment; he died soon thereafter. Seventeen-year-old Mahmoud Nakhle was shot as Israeli forces suppressed protests around Al-Jalazun refugee camp near Ramallah, in the occupied West Bank. A few minutes later, the soldiers chased off a Palestinian ambulance, threatening the driver with their rifles and not giving Nakhle first aid themselves. Only after a quarter of an hour did the soldiers allow an ambulance to be summoned, but Nakhle died en route to hospital.

Under international law, as the occupying power Israel is forbidden from preventing access to medical care and emergency services to the people living under its occupation. According to the Fourth Geneva Convention, “The occupying power must ensure sufficient hygiene and public health standards, as well as the provision of food and medical care to the population under occupation.”

In addition, “Personnel of the International Red Crescent Movement must be allowed to carry out their humanitarian activities.” Israel, however, continues to breach this and other articles of international laws and conventions with impunity.