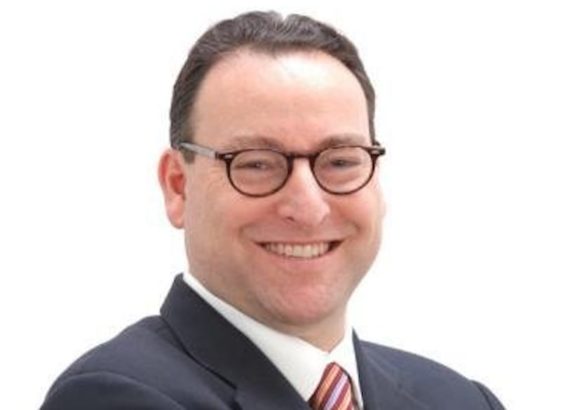 Kenneth Marcus, the head of an Israel advocacy group that has for years worked to smear Palestine solidarity activism as anti-Semitism, has been nominated for the top civil rights position at the Department of Education. Once there, he will be in a position to censor information and shut down events on Palestine on US campuses. See the following two articles:

In a troubling move for students and Palestine rights activists, the Trump administration has tapped Kenneth Marcus as the top civil rights enforcer at the US Department of Education.

He will lead the department’s Office of Civil Rights.

Marcus is the head of the Brandeis Center for Human Rights, an Israel advocacy group that has for years worked to smear Palestine solidarity activism as anti-Semitism. It has no affiliation with the better known Brandeis University.

[Read more about its activities here, including its role in changing the meaning of anti-Semitism to include criticism of Israel. Its namesake, Supreme Court Louis Brandeis, was an early Zionist leader; read more here.]

Since 2010, Marcus’ key strategy has been to file civil rights complaints with the Office of Civil Rights claiming that universities were failing to protect Jewish students by not cracking down on the Palestine solidarity movement, especially the boycott, divestment and sanctions (BDS) movement for Palestinian rights.

The tactic was unsuccessful. But now, Marcus himself will be in charge of investigating such complaints.

Marcus previously served as the Office of Civil Rights’ top enforcement officer from 2002-2004, under President George W. Bush, and has held other government jobs.

He is author of the strategy Israel advocacy groups have used to instigate federal crackdowns on Palestine solidarity activism by filing complaints under Title VI of the 1964 Civil Rights Act.

The act obligates administrators to ensure that there is no discrimination based on race or national origin in institutions that receive federal funding.

In 2010, the Obama administration expanded its interpretation of the law to include religion, opening the way for complaints alleging that Palestine advocacy harms Jewish students.

In 2013, the Office of Civil Rights threw out Title VI complaints filed against the University of California campuses at Berkeley, Santa Cruz and Irvine.

The previous year the department threw out a similar complaint against Barnard College.

These decisions marked a setback to Marcus’ strategy which was based on advancing the notion that Palestine rights activism on US campuses is inherently anti-Semitic.

Earlier this year, Marcus testified in support of a bill in the South Carolina legislature aimed at censoring Palestine advocacy on campuses.

Opposition from activists – including members of Students for Justice in Palestine at the University of South Carolina – helped defeat the bill in the state senate.

As the top civil rights enforcer, Marcus “will do from the inside the Department of Education what he has failed to do from the outside: advance Title VI cases that push universities to punish students who exercise their First Amendment right to advocate for justice in Palestine,” said Dima Khalidi, director of Palestine Legal. [More information about legislation on this is here and here]

Warning his appointment could be “catastrophic,” Jewish Voice for Peace’s academic advisory council has launched a petition for educators to oppose Marcus’ new position.

“His tactics dilute the definition of anti-Semitism so much that it becomes useless, and have contributed to widespread repression on college campuses, where students and faculty fear studying Palestinian history or advocating for Palestinian rights,” Jewish Voice for Peace said. [It does more than that. It’s part of the international campaign to change the meaning.]

This appointment comes as more than 20 states have adopted measures ostracizing or attempting to restrict the BDS movement.

Last week, it was revealed that a city in Texas required residents to verify that they do not boycott Israel in order to receive aid to rebuild from the devastation of Hurricane Harvey. [On Oct. 14the the city rescinded this requirement.]

Earlier this month, the ACLU filed a lawsuit on behalf of a teacher in Kansas who is being required to repudiate boycotts of Israel as a condition for taking on a state contract as a trainer.

Currently, the US Congress is considering the Israel Anti-Boycott Act, which could impose prison and heavy fines on companies or their personnel accused of abiding by boycotts of Israel called for by international organizations.

The Israel Anti-Boycott Act currently has 266 sponsors in the House and 50 in the Senate.

Although pro-Israel lawfare groups have suffered rounding defeats when their claims end up before judges, they have been undeterred.

Last year, another Israel-aligned litigation group, the Lawfare Project, indicated that it was preparing another round of Title VI challenges against US universities despite the strategy’s previous failures.

“The goal is to make the enemy pay,” Brooke Goldstein, the Lawfare Project’s director, said.

With Kenneth Marcus now at the helm of the Office of Civil Rights, those targeted by such complaints will have anything but an impartial adjudicator in charge of investigating them.

His new role will be a boon for Israel lobby groups seeking to silence campus organizing for Palestinian human rights, censor educators who teach about Israeli and Palestinian history and even shut down Students for Justice in Palestine chapters.

“Marcus has no business enforcing civil rights laws when he has explicitly used such laws to chill the speech activities and violate the civil rights of Arab, Muslim, Jewish and other students who advocate for Palestinian rights,” Palestine Legal’s Khalidi added.

“His appointment will only further the white supremacist and anti-Muslim agenda of the Trump administration.”

On Thursday, Donald Trump nominated Kenneth Marcus, who has spent years pressuring universities to punish students who advocate for Palestinian rights, to be Assistant Secretary for Civil Rights at the U.S. Department of Education (DOE). Marcus’ record of attacking students places him squarely in the company of white supremacist, anti-Muslim and anti-Palestinian ideologues.

Marcus is the architect of a strategy to abuse civil rights law to suppress campus criticism of Israel. His theory alleges that activism for Palestinian rights creates an antisemitic climate for Jewish students, in violation of Title VI of the Civil Rights Act of 1964. This is a law which the DOE enforces.

Marcus has recently lobbied state and federal lawmakers to require colleges and universities to classify political criticism of Israeli government policies and speech sympathetic to Palestinian rights as inherently antisemitic. No such law has yet been enacted, in part because they would violate the First Amendment.

“If appointed, Marcus will try to do from the inside of the DOE what he has failed to do from the outside: advance Title VI cases that push universities to punish students who exercise their First Amendment right to advocate for justice in Palestine,” said Dima Khalidi, Palestine Legal director. “Marcus has no business enforcing civil rights laws when he has explicitly used such laws to chill the speech activities and violate the civil rights of Arab, Muslim, Jewish, and other students who advocate for Palestinian rights. His appointment will only further the white supremacist and anti-Muslim agenda of the Trump administration.”

Marcus’ record shows his ideological proximity to the Trump administration, and his sole mission of shielding Israel from scrutiny, at the expense of civil and constitutional rights. For example: