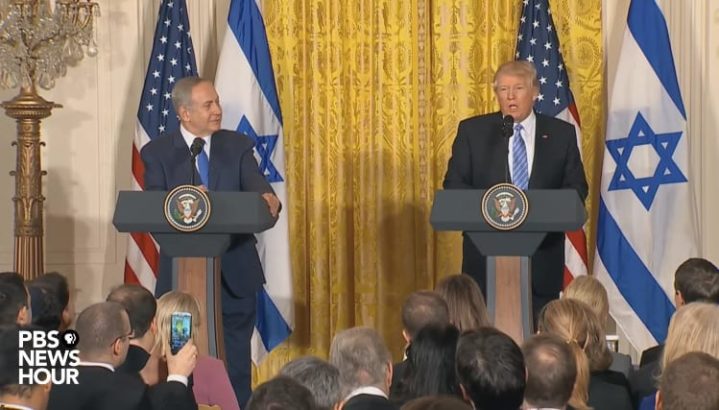 President Trump, during his press conference with Israeli Prime Minister Netanyahu yesterday, repeated a fake story when he stated:

In reality, the myth of incitement in Palestinian textbooks has been debunked by many US scholars. (See, also, here.)

The truth is that Palestinians’ formative years are scarred by what they witness and experience living under the Israeli military occupation of their lands that has been in place 50 years:

Israeli settler violence against them in their homes, destroying their property, theft of their land and burning of their crops… even some instances in which Israeli extremists have burned Palestinians in their homes while they were sleeping… Israeli soldiers killing their fathers and mothers and brothers and sisters and friends… the indefinite detention of thousands of children by the Israeli military system, children witnessing their parents being beaten and humiliated at check points… these are just some of the many types of trauma that Palestinian children suffer.

Rather than reporting on the conditions Palestinians are forced to live under, Israel and its partisans have disseminated the falsehood that Palestinian culture is inherently hateful for decades, with numerous U.S. politicians from both parties repeating it.

It is never mentioned by the media that many Israelis have fostered a culture of hatred against Arabs to justify the decades-long military occupation of the people whose land they confiscated to create a Jewish state in 1948. Israeli writers troubled by this have discussed it in mainstream Israeli and Jewish publications. Some examples: