You Are Here: Home → Berkeley event was successful despite efforts against it [Video]

Berkeley event was successful despite efforts against it [Video] 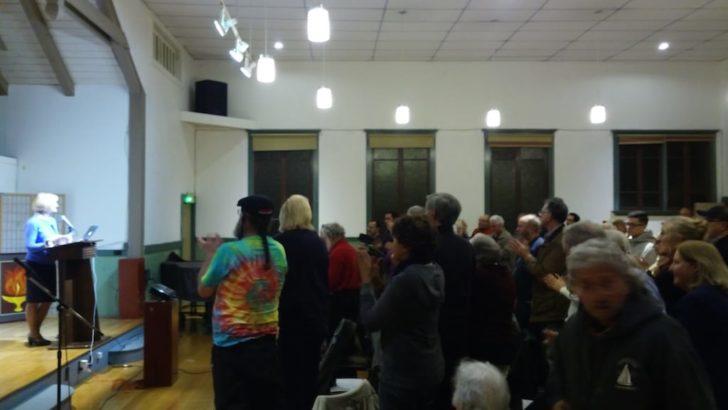 Alison Weir provides the following report back on an event that almost didn’t happen:

After I was invited by the Social Justice Committee of the Berkeley Fellowship of Unitarian Universalists (BFUU) to give a public presentation, extremist pro-Israel activists went to work to get the event canceled. They put up blog posts and even a Craigslist advertisement attacking me, exaggerating inaccurate claims about me by the ADL and, especially, the widely refuted JVP-US Campaign dossier on me.

This has become standard practice for Israel partisans who wish to prevent audiences from hearing my presentation.

A few individuals within the BFUU then took up the JVP-USC false claims, trying to get the event shut down before anyone had the chance to hear me directly. This effort threatened to succeed, but ultimately failed when members committed to social justice and free speech refused to cave in.

Nevertheless, they were nervous, particularly after seeing the Craigslist ad that seemed designed to foment hate against me and possibly provoke violence. At a recent event elsewhere in the area, a similar smear campaign had been undertaken against me (including another Craigslist ad), and a few Israel partisans showed up to disrupt the event – to the degree that the police had to be called. One Israel partisan then hit a woman videotaping the incident. The police then took the pro-Israel perpetrator away in handcuffs.*

But rather than be intimidated by such potential disruption, the Berkeley organizers simply contacted local police, explained the situation, and asked them to be ready in case there was a similar need for help in protecting the rights of their invited speaker, and of the audience to hear her. The police reassured them that they would be ready if any help was needed.

However, no protesters showed up this time, and I again spoke to a full house. The audience included many members of BFUU – which has a long tradition of peace and human rights activism – who came to hear me for themselves.

At the end of the talk, I was honored and extremely grateful to receive a standing ovation. Numerous audience members said they appreciated the talk, had learned new information, and bought my book.  One person told me she hadn’t known any of the information before.

This success only happened because Vic, Cynthia, Tom, Gene and others were willing to stick their necks out, and because the BFUU congregation came down on the side of free speech and against censorship.

It would have been much easier for them to cancel the event entirely, or to bring a less “controversial” speaker. But they didn’t.

This is an example of what a few brave souls can do. Thank you. 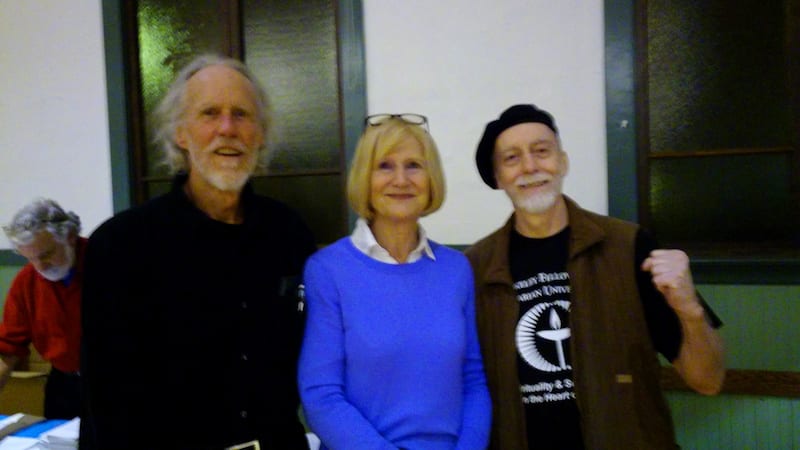 UPDATE: I’ve just learned that the event was co-sponsored by Norcal Sabeel, another committed and courageous group.

*The incident was in Walnut Creek and the perpetrator of the assault was Helen Loewenstein, a prominent member of the pro-Israel community and the wife of a local attorney.

(People who know me will hear that I was fighting laryngitis that evening and my voice was rather hoarse.)