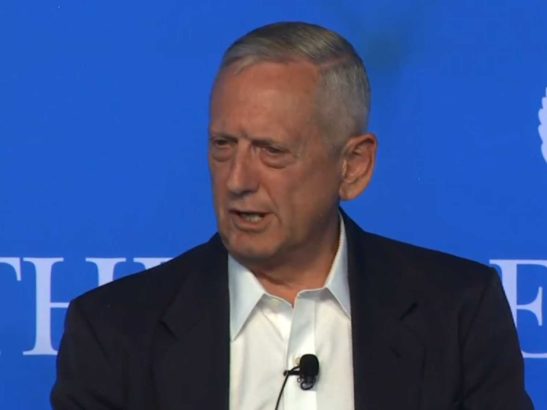 In December Ron Kampeas reported in The Forward that the nomination of Gen. James Mattis for defense secretary had stirred controversy among right-wing pro-Israel groups. The Zionist Organization of America said it would oppose the pick, citing a 2013 appearance at the Aspen Security Forum after he retired as chief of the U.S. Central Command.

Mattis said that he “paid a military-security price every day as the commander of CentCom because the Americans were seen as biased in support of Israel.”

Mattis “also warned that the United States urgently needed to press the Israelis and the Palestinians to advance to a two-state solution.” Mattis declared: “Either [Israel] ceases to be a Jewish state or you say the Arabs don’t get to vote — apartheid. That didn’t work too well the last time I saw that practiced in a country.”

The ZOA said that Mattis’ remarks were “hostile to Israel, and revealed a lack of appreciation for and understanding of the extraordinary value to American security resulting from a strong American-Israeli alliance and a secure Israel.”

But another right-of-center Jewish group, the Jewish Institute of National Security Affairs (JINSA) “commended him for his posture on broader Middle East issues,” Kampeas reported.

JINSA stated: “General Mattis has notably and indisputably distinguished himself in advocating for a more robust U.S. military posture to counter, contain and deter Iran, even at the peril of his military career.”

CNN reports that Mattis is strongly opposed to torture. President Trump says he would let Mattis’ view override his own (Trump has made statements supporting the use of torture.)

In an interview with Fox News, Trump stated: “Mattis said that he doesn’t intend to use [torture]. I’m with him all the way.”