You Are Here: Home → Today marks the 69th anniversary of the Deir Yassin massacre

Today marks the 69th anniversary of the Deir Yassin massacre 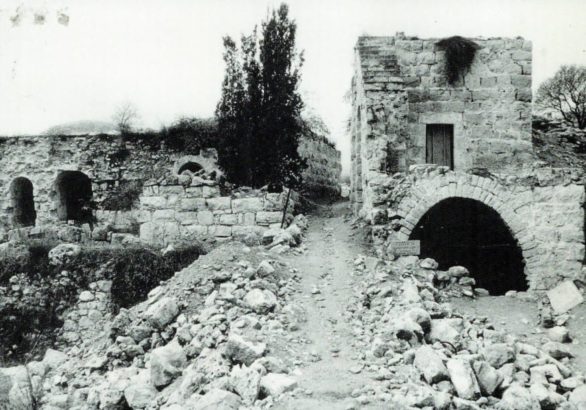 On April 9, 1948, more than one hundred innocent men, women and children of the Palestinian village of Deir Yassin in Jerusalem were brutally murdered by armed members of the Zionist terrorist organizations, the Irgun and the Stern gangs. Following the attack on Deir Yassin, fifty-five young children, mostly all under the age of nine, were orphaned and left to fend for themselves in the Old City of Jerusalem. Two weeks later on April 25, Hind al-Husseini rescued the children and founded Dar Al-Tifl Al-Arabi (Arab Children’s House), an orphanage for the young survivors.

Deir Yassin was not an isolated incident; such a heartbreaking tragedy was flagrantly carried out in conjunction with “Plan Dalet.” Based on a policy of ethnic cleansing and terror, “Plan Dalet” was implemented by the Haganah to force Palestinians to flee their homes and to destroy their villages with the deliberate intent of establishing the State of Israel on Palestinian soil.

After sixty-nine years, the Deir Yassin massacre still remains an important reminder of Israel’s systematic measures of displacement, destruction, dispossession, and dehumanization. The calculated efforts by Israel to completely erase the history, narrative and physical presence of the Palestinian people will not be ignored or forgotten. It is time for Israel’s lethal impunity to come to an end.

We urge all members of the international community to hold Israel to account immediately, to curb its ongoing violations against the Palestinians, and to support our nonviolent and diplomatic efforts to seek justice and protection in all international legal venues.”