You Are Here: Home → Super PAC is backing pro-Israel Democrats for House races 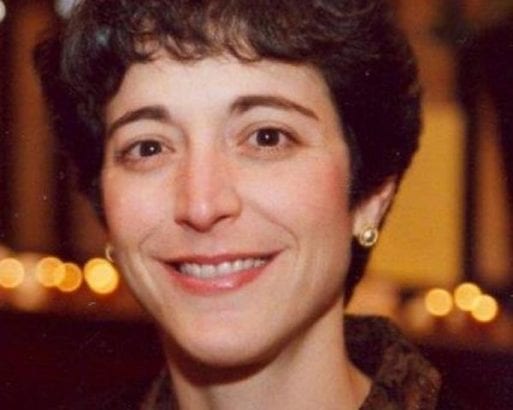 The PAC’s biggest donor is Stacy Schusterman, who has donated $1 million this election cycle and is also a national council member of the American Israel Public Affairs Committee. The second largest donor is Gary Mark Lauder, who also has links to AIPAC. His uncle is president of the World Jewish Congress. After spending $1.4 million on ads opposing Bernie Sanders, the PAC is now focusing on Congressional races…

Established last year, the Democratic Majority for Israel says its mission is to “defend Israel’s legitimacy” and was formed to mobilize leaders in the Democratic party to support Israel. The group, which spent $1.4 million on ads opposing Sanders, attacked him for receiving endorsements from lawmakers who support boycotting Israel.

The hybrid PAC is now backing eight Democratic congressional candidates who have a history of supporting Israel. They include six incumbents, a former congressman and the former chairwoman of a major Jewish group.

As the coronavirus outbreak delays some House primaries, the hybrid PAC is supporting other moderate Democratic candidates who have a history of supporting Israel. It is backing two New York incumbents facing primary challenges, Rep. Eliot Engel in the state’s 16th District and Rep. Carolyn Maloney in New York’s 12th District.

Engel, who has served 16 terms in Congress and is chairman of the House Foreign Affairs Committee, has consistently received support from pro-Israel groups. His progressive primary opponents have criticized him for supporting the Iraq War and opposing the Iran Nuclear deal. He has raised almost $1.2 million in his reelection bid so far. His biggest rival is middle school principal Jamaal Bowman, who has raised over $351,000 and is being backed by the progressive Justice Democrats.

Maloney, who has raised nearly $1.4 million, received significant contributions from employees of NASDAQ, Deloitte LLP and BlackRock Inc. She faces progressive NYU lecturer Suraj Patel, who has raised less than half Maloney’s take.

The hybrid PAC contributed to Cuellar, Manning, Engel and Maloney recently, according to filings with the Federal Election Commision.

The PAC is also endorsing incumbent Rep. Alcee Hastings from Florida’s 20th District and Rep. Joyce Beatty who faces a younger progressive candidate in Ohio’s 3rd District. Hastings has raised over $212,000 this election cycle, and faces minor opposition. Beatty has raised significantly more than her Democratic contenders with over $1.4 million.

Two-term Rep. Josh Gottheimer from New Jersey’s 5th District is also being backed by Democratic Majority for Israel. Last year, Gottheimer drafted an amendment to a resolution supporting the existing two-state solution between Israel and Palestine, along with reaffirming U.S. military aid to Israel. Gottheimer has raised over $3.4 million this cycle, considerably more than any other candidate in the race on either side of the aisle. He represents a Republican-leaning district and is a top target of GOP groups.

The hybrid PAC is also endorsing Kweisi Mfume in a crowded Democratic primary for Maryland’s 7th district, which will elect the successor to the late Rep. Elijah Cummings. Mfume’s biggest competition is law professor F. Michael Higginbotham, who put $451,000 of his own money into the campaign, nearly 78 percent of what he’s raised. Mfume has raised over $266,000.

The PAC’s biggest donor is Stacy Schusterman, an energy executive, who has donated $1 million this election cycle and is also a national council member of the American Israel Public Affairs Committee. [She is also chair of her family’s foundation, the Charles and Lynn Schusterman Family Foundation.] Other big donors to the group include Gary Mark Lauder and Milton Cooper who gave $500,000 and $150,000 respectively. Both also have links to AIPAC, The Intercept reported. [Gary Mark Lauder is an Estée Lauder heir and nephew of World Jewish Congress president Ron Lauder.  Gary’s father Leonard Lauder, a WJC supporter, has a current net worth of about $14 billion (this fluctuates.]

After running $1.4 million worth of ads against Sanders in Iowa and Nevada, the outside group announced in February that it would focus on Democratic congressional races.