You Are Here: Home → Seriously Injured Palestinian 14-year-old Succumbs To His Wounds 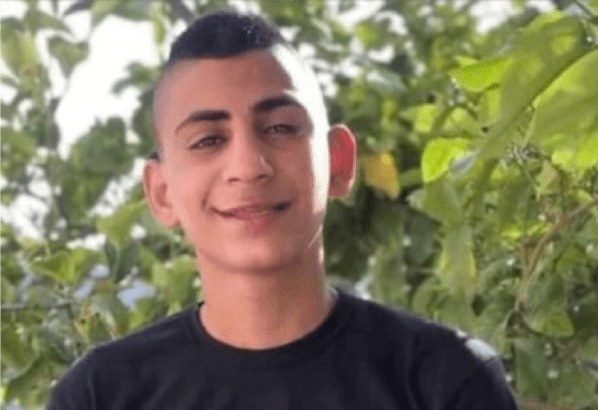 The 14th Palestinian death in the first 16 days of 2023: Israeli forces shot Amro Al-Khmour in the head as they invaded the refugee camp where he lived in the Palestinian West Bank.

The Palestinian Health Ministry has confirmed that a teenager, who was shot and seriously injured by Israeli army fire at dawn in the Deheishe refugee camp, south of Bethlehem, has died from his wounds.

The Health Ministry said the child, Amro Khaled Al-Khmour, 14, has succumbed to a serious gunshot wound to the head.

The teen was shot at dawn when many army vehicles invaded the refugee camp, violently searched homes, and abducted a young man.

Hundreds of Palestinians gathered in front of Beit Jala governmental hospital and marched to the child’s home in the Deheishe refugee camp.

The Palestinians held the funeral ceremony and procession and headed to the Shuhada graveyard in the Artas nearby village while chanting for liberation and independence and calling for International Protection for the Palestinian people.

Amro Al-Khmour’s death brings the number of Palestinians killed by the Israeli army in the first sixteen days of this year to fourteen, including four minors.