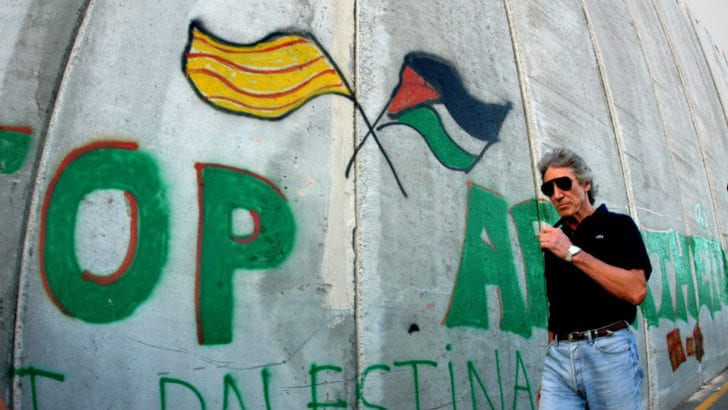 Major League Baseball (MLB) has stopped running promotions of Pink Floyd co-founder Roger Waters on its platforms, after caving in to pressure from a Jewish group that accused him of anti-Semitism.

In January, Jewish advocacy organization B’nai B’rith International began a campaign to protest ads for Waters’ new tour, ‘This is Not a Drill’, which appeared on MLB platforms. The group claimed that the musician is an “avowed anti-Semite” whose views on Israel “far exceed the boundaries of civil discourse.”

B’nai B’rith sent a letter to MLB, pointing to Waters’ support for the Boycott, Divestment and Sanctions (BDS) movement, among other things.

In response, the League reached out the organization to assure them that “there are no plans to schedule more ads.”

Roger Waters did not immediately respond to media requests for comment. The famed rock star has been an unapologetic critic of Israel and its treatment of Palestinians. In an open letter, he argued that “to peacefully protest against Israel’s racist domestic and foreign policies is NOT ANTI-SEMITIC.”

Waters has denied having any prejudice against Jews (his own daughter-in-law is Jewish), noting in an interview with Democracy Now that pro-Israel groups use the accusation of anti-Semitism against “anybody who supports BDS or anybody who criticizes Israeli foreign policy.”

Concerning his own support for BDS, Waters has previously stated that the boycott movement “exists at the request of Palestine civil society as a whole” and is among the “most admirable” displays of resistance in the world.

The rock star has been targeted by Jewish groups before for his political views. In 2018, American Jewish leaders called on companies sponsoring his concerts in Mexico to withdraw their support.

The BDS movement advocates using non-violent economic and political pressure to push Israel to end its “occupation and colonization of all Arab lands.” The movement wants Arab-Palestinians to be recognized as equal citizens, and calls for the Right of Return for all Palestinian refugees. Critics call the movement anti-Semitic and accuse it of trying to de-legitimize Israel.

RELATED READING:
New anti-boycott bill would be more extensive than previous legislation
Congress has introduced 50 pieces of legislation about Israel in 2019
Maccabee Task Force covertly funded 3,200 pro-Israel events on US campuses
ACLU: the difference between anti-discrimination and anti-BDS
Poll: 75% of Americans Oppose Outlawing Boycotts of Israel