You Are Here: Home → Remembering Mohammad Abukhdeir, 6 years on 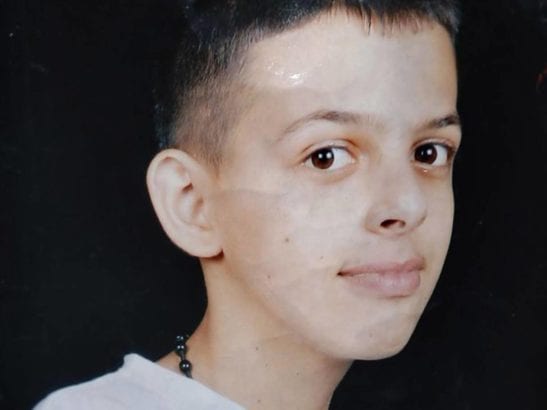 Mohammad Abukhdeir was 16 years old when he was kidnapped and brutally murdered by Israeli settlers. (Independent)

The story of Mohammad Abukhdeir is one of countless examples of Israeli oppression. His death, and the injustices that followed, are a reminder of what can happen when racism goes unchecked. $10 million a day in unconditional funding from the US makes Americans complicit.

Mohammad Abukhdeir, 16, was kidnapped and murdered on July 2, 2014 near his East Jerusalem home. He was beaten, then doused with gasoline and, according to his autopsy, set on fire while still alive. His Israeli killers were caught; two are serving life sentences, and a third was sentenced to 21 years.

The Israeli teens’ funerals had included hundreds of Israelis rioting and shouting “Death to Arabs.” Right-wing government officials and politicians joined demonstrations or posted on social media, encouraging vengeance. Few, if any, mentioned the Palestinians previously killed by Israelis. Similarly, U.S. news reports on the Israeli deaths neglected to include that information.

Mohammad was chosen apparently at random for a revenge killing. He was abducted in view of witnesses and a surveillance camera. Israeli police found his charred body an hour later in a forest near Jerusalem. Burns covered 90% of his body.

The perpetrators included a 29-year-old settler named Yosef Haim Ben-David and two 16-year-old boys. They confessed soon after, and gave a detailed account of the incident. Ben-David said the three regretted their actions. “We’re not like the sons of Ishmael [meaning Arabs]… We’re Jews. We have a heart,” and  “I request forgiveness from the family for what happened…That’s not my character and I am not that kind of man.”

The day before Mohammad Abukhdeir’s life was taken, Netanyahu’s eulogy at the Israeli boys’ funerals similarly rang with self-congratulation and condemnation of the “enemy “:

Three gifted, innocent and upstanding boys were struck down by evil murderers…despicable kidnappers of children, heinous murderers whose brothers rejoice at the spilling of innocent blood…

When Netanyahu heard about Mohammad’s murder, he managed to denounce the incident, while once again applauding Israeli righteousness and vilifying Palestinians:

I would like to send my condolences to the Abu Khdeir family…I know that in our society, the society of Israel, there is no place for such murderers.

And that’s the difference between us and our neighbors. They consider murderers to be heroes. They name public squares after them. We don’t. We condemn them and we put them on trial and we’ll put them in prison.

Israel’s leading politicians vowed that the Jewish murderers would be treated the same as any other murderer:

Netanyahu: I pledge that the perpetrators of this horrific crime will face the full weight of the law…We do not differentiate between [Jewish and Palestinian] terrorists and we will respond to all of them, wherever they come from, with a firm hand.

President Shimon Peres: “If a Jew kills they will be put to the court like any other criminal, there is no privilege, the law is equal to all and all are equal before the law. On that there is no compromise. We do not distinguish between blood and blood.

Foreign Minister Avigdor Liberman: “The shocking murder of Mohammed Abukhdeir is beyond being a despicable crime…The murderers should be punished to the full extent of the law.”

When a Palestinian is convicted of murder – or even suspected of murder – he is often hunted down and killed (nicknamed “trial by assassination”). The perpetrators of Mohammad Abukhdeir’s murder were spared this custom: they had their day in court.

Yosef Haim Ben-David received a life sentence plus 20 years; one of the minors also received life, and the other was handed a 21-year sentence.

Palestinians can also expect to have their family’s home demolished, whether they have been found guilty, are believed to be guilty, or were already killed by Israeli law enforcement. This is known as punitive home demolition, and although it is illegal under international law, Israel has demolished about 80 homes and apartments since 2014, leaving well over 300 innocent family members homeless. (Read this report on punitive home demolitions.)

Mohammad Abukhdeir’s parents demanded that their son’s killers’ homes also be demolished, the judge in the case responded,

[I] understand the feelings of the victim’s family, which submitted the petition. And yet, [home demolitions] are a preventative tool, not a punishing tool. We must remember that the perpetrators underwent legal proceedings, they were convicted, and were given lengthy sentences.

The Israeli Defense Ministry also argued that because Israeli Jew-on-Palestinian terror is so “infrequent,” home demolition as a deterrent is unnecessary. In fact, Jewish settlers have for years attacked Palestinians and their property. Even the Washington Post reported that the frequency of such terror attacks have been rising at an alarming rate, especially since the Trump administration has been vigorously pro-Israel.

Many Palestinians see this as proof that Israel’s punitive home demolition policy is racist.

Israel has also begun yet another punitive practice, that of suing the families of Palestinian attackers for “reparations.” In what is being hailed as “a new era against terrorism,” the first case seeks $2.3 million from a young widow who with 3 small children whose husband was killed after allegedly ramming his car into a group of Israeli soldiers.

Other Palestinians have been subject to similar lawsuits, even when the family’s breadwinner had been killed and the family home demolished.

In Mohammad Abukhdeir’s case, however, no reparations were required of the killers because, according to Ha’aretz, they had “no real assets.”

Palestinians have much to mourn. Some still remember the Nakba (Catastrophe) in 1948, when 750,000 were exiled from their homes and lands; hardly a day has gone by since without persecution, injustice, and tragedy.

Within days of Mohammad’s murder, Israel launched a major, devastating attack on the Palestinian territory of Gaza – the third such attack in just six years. About 2,200 Palestinians were killed in this operation, of which two-thirds were civilians; 73 Israelis were also killed, 6 of them civilians.

Much has been written about this incursion – NGOs have reported on the devastation, the UN called for an investigation, and the International Criminal Court is now examining the conflict as well. Read more here and here.

The story of Mohammad Abukhdeir is one of countless examples of Israeli oppression – and one of only a handful in which due process even made a showing.

This has gone on for decades because the US, Israel’s benefactor (to the tune of $10 million a day in aid) and the international community have turned a blind eye. It is time for compassionate and justice-loving people of the world to say Stop.