You Are Here: Home → Poetry as terrorism 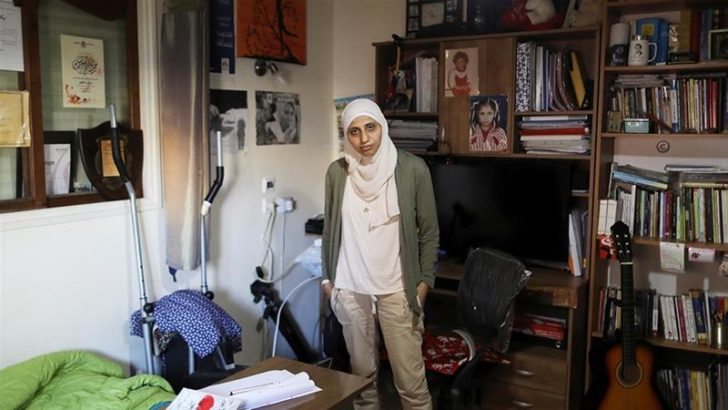 Dareen Tatour poses for a picture during an interview at her house in Reineh, northern Israel [File: Ammar Awad/Reuters]

Palestinian poet and Israeli citizen Dareen Tatour was sentenced to 5 months in prison for posting a poem titled ‘Resist, my people resist them’ on social media.

An Israeli court has sentenced Palestinian poet Dareen Tatour to five months in prison for “inciting terrorism” in a poem she posted on social media.

On Tuesday, Tatour, 36, an Israeli citizen was sentenced by the Nazareth district court after having already served nearly three years under house arrest.

Tatour was arrested during an Israeli police raid in October 2015, a few days after posting on Facebook and Youtube a video of herself reading a poem titled “Resist, my people resist them” as the soundtrack to images of Palestinians in violent confrontations with Israeli troops.

Prosecutors said her post was a call for violence. She spent the following months under house arrest, during which time she was barred from publishing her work and accessing the internet.

“I don’t think that writing a poem, even if it’s against the government, is a crime,” Lasky said. 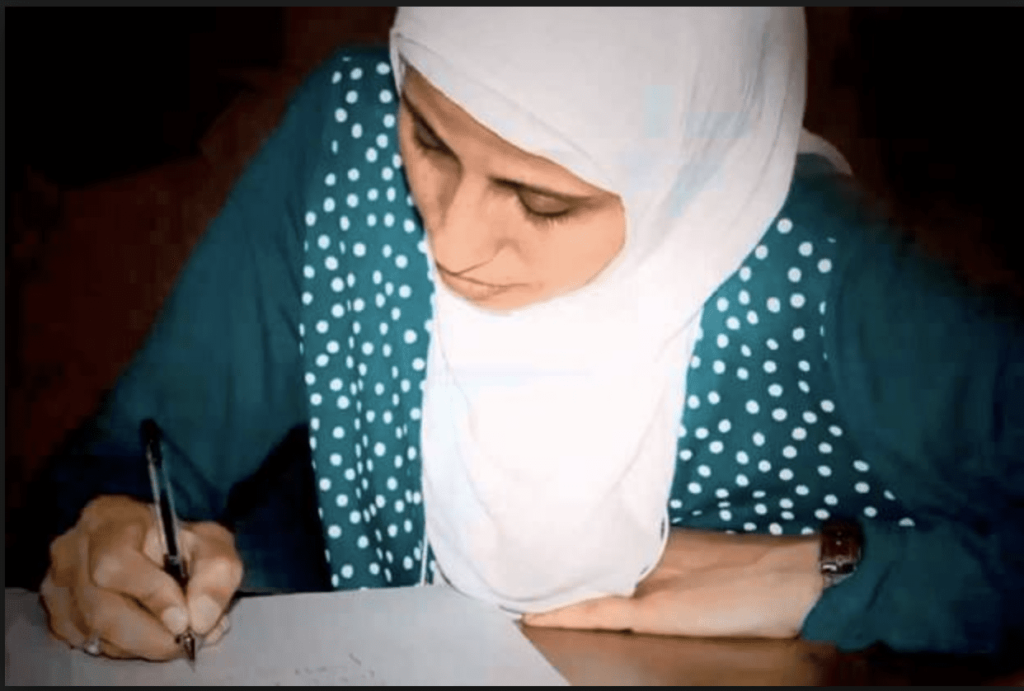 “It’s regretful that in a country that believes in a democracy, will sentence to jail a poet because of a poem that she wrote. The prosecution wanted to send her to jail between 15 and 26 months [but] the judge decided to send her for five months which is still a long time in prison.”

In May, Tatour was convicted of online incitement of “terrorism” for her poem. Tatour has denied the charges.

In the video, which received less than 300 views, Tatour urged Palestinians to never “agree to a peace solution”.

She said there was no call for violence in her poem, but calls for a non-violent struggle, but Israeli authorities interpreted it to be violent.

The Israeli court also charged Tatour on Tuesday with supporting a terrorist group.

Prosecutors said she had expressed support for the Palestinian armed group Islamic Jihad’s call for an uprising.

“I wasn’t expecting justice to be done. The case was political from the start, because I am Palestinian and support freedom of speech,” she told reporters at the Nazareth Magistrate’s Court in northern Israel.

The indictment against her includes her lines:

“I will not succumb to the ‘peaceful solution’

Until I evict them from my land.”

The court also added a six-month suspended sentence to Tatour’s jail time, according to the official minutes distributed by the Justice Ministry.

As a resident of the Galilee village of Reineh near Nazareth, Tatour is a member of Israel’s Palestinian or Arab minority, who form nearly 20 percent of Israel’s population.

Palestinians remained on their land following Israel‘s establishment in 1948, when 750,000 Palestinians were forced to flee their homes known as the “Nakba”  or “Catastrophe”.

“The case of Dareen Tatour captures what it means to be Palestinian under the Israeli settler colonial regime – especially the limits on freedom of speech and expression,” Hawari said.

Nadim Nashif, director of 7amleh, the Arab Center for Social Media Advancement based in Haifa, told Al Jazeera that Tatour’s sentence and conviction are part of the systematic attempt of the Israeli government to reduce Palestinian freedom of speech in the internet.

“As a Palestinian and as a person, she has the right to denounce the Israeli occupation,” Nashif said.

“The Israeli government has been implementing systematic moves since 2016 that included a series of legislations, laws and bills that aim to silence and criminalise activists, which represents another move in the militarisation of the Palestinian virtual space, as already seen with the heavy use of surveillance technologies, and lastly, hundreds of cases of interrogations perpetrated in an attempt to terrorize Palestinians from the West Bank, Jerusalem and citizens of 48 [Israel] and prevent them from expressing any criticism towards the policy of occupation,” Nashif said.

‘Only Arabs go to jail’

Following her conviction in May, Tatour told Israeli newspaper Haaretz that her trial “ripped off the masks”.

International writers group PEN defended Tatour in a statement following her conviction in May.

“Dareen Tatour has been convicted for doing what writers do every day – we use our words to peacefully challenge injustice,” it said.

Israel says the string of Palestinian attacks that began in 2015 was fuelled by online incitement and it has launched a legal crackdown to curb it.

Indictments for online incitement have tripled in Israel since 2014. Prosecutions by the Israeli military have also increased in the occupied West Bank – most of those charged are young Palestinians.

Resist, My People, Resist Them

In Jerusalem, I dressed my wounds and breathed my sorrows

And carried the soul in my palm

For an Arab Palestine.

I will not succumb to the “peaceful solution,”

Until I evict them from my land.

I cast them aside for a coming time.

Which imposed degradation and humiliation 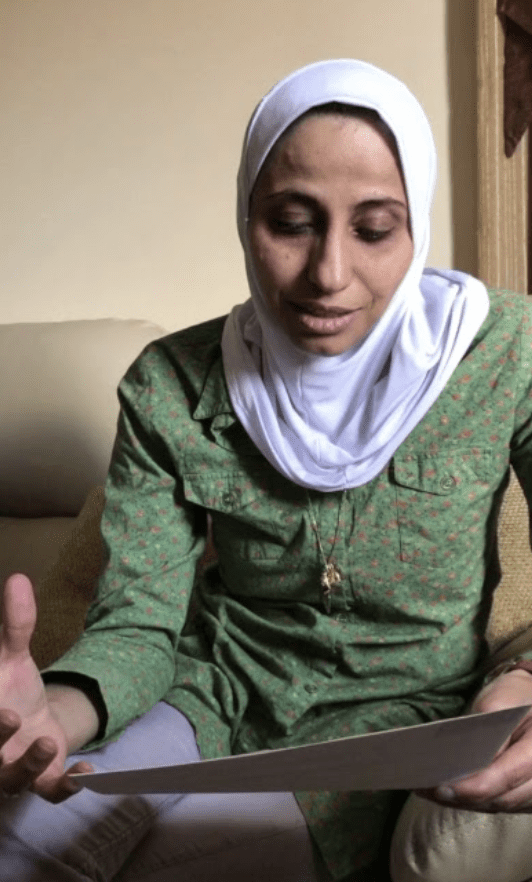 And deterred us from restoring justice.

As for Hadil, they sniped her in public,

Killed her in broad daylight.

Pay no mind to his agents among us

Who chain us with the peaceful illusion.

Do not fear doubtful tongues;

The truth in your heart is stronger,

As long as you resist in a land

That has lived through raids and victory.

So Ali called from his grave:

Write me as prose on the agarwood;

My remains have you as a response.