You Are Here: Home → Palestinian Detainee Dies in Israeli Jails, Another Victim of Medical Negligence 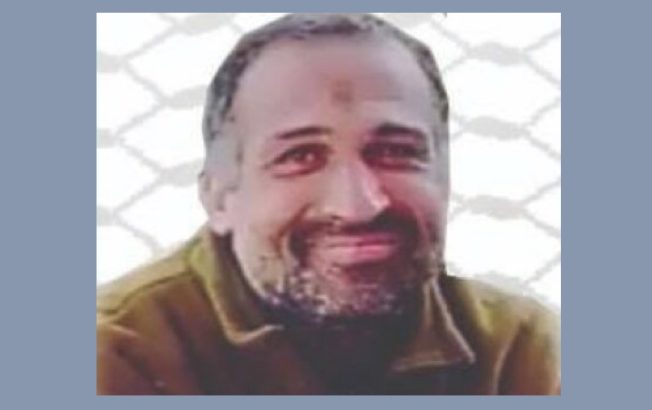 Mousa Haroun Abu Mahameed, 40, died after a sudden and unexplained deterioration of health, while in Israeli custody. (IMEMC/IAK)

Mousa Haron Abu Mehamid, from Bethlehem, was arrested for being in East Jerusalem without a permit. Since 1967, 231 Palestinian security detainees have died in Israeli prisons, including dozens who have died due to medical negligence.

reposted from PCHR – the Palestinian Center for Human Rights, September 3, 2022

Palestinian Detainee in Israeli jails, Mousa Haron Abu Mehamid, from Bethlehem, died today in the morning at the Israeli hospital “Assaf Harofeh.” The Palestinian Centre for Human Rights (PCHR) calls for a prompt and impartial investigation into Abu Mehamid’s death circumstances and is strongly concerned that he might be a new victim of the medical negligence policy in the Israeli jails.

According to PCHR’s follow-up, at around 06:00 on Saturday, 03 September 2022, the Israeli occupation authorities announced the death of Mousa Haron Abu Mehamid (40), from Beit Ta’mor village, eastern Bethlehem, noting he was a Palestinian detainee in al-Ramlah Prison.

The Palestinian Prisoner’s Society said in a statement that the Israeli Occupation Forces (IOF) arrested Mehamid after he entered occupied Jerusalem without a permit.  His health condition had recently deteriorated after he got a microbe, without explaining what type or how he got it.  Afterwards, he was referred to “Assaf Harofeh” hospital in Tel Aviv at the beginning of the month.

Haron Abu Mehamid said to PCHR’s fieldworker that his son, Mousa, was arrested in June 2021 near Beit Safafa village in occupied East Jerusalem, allegedly for being illegally present in the occupied city without a permit. [Beit Safafa is a Palestinian town just south of West Jerusalem, inside annexed and occupied East Jerusalem. For more information see this.]  He added that his son did not suffer any disease, and only 2 months ago he visited him, confirming his son was in good health.

Abu Mehamid’s death sheds the light on the general deterioration of Palestinian detainees’ conditions in the Israeli jails as there are 4550 Palestinians, including 175 children and 32 women, detained in 23 prisoners and detention facilities inside Israel in inhuman and cruel conditions that lack the standard minimum rules of the treatment of prisoners and detainees in detention.  Among the detainees, there are 600 ill detainees; some of them suffer chronic and serious diseases.

According to the Commission of Detainees and Ex-Detainees’ Affairs, 231 security detainees have died in the Israeli prisons, including dozens who have died due to medical negligence policy since 1967.

PCHR hereby holds the Israeli occupation authorities fully responsible for the death of Palestinian detainee Mehamid, who is the fourth detainee to die since the beginning of 2022, and for the lives of hundreds of ill detainees, who would face the same fate if the policy of deliberate medical negligence continued, especially under the unhealthy imprisonment conditions where prisoners are denied adequate healthcare. Similarly, PCHR: