You Are Here: Home → Palestine to apply for full UN membership 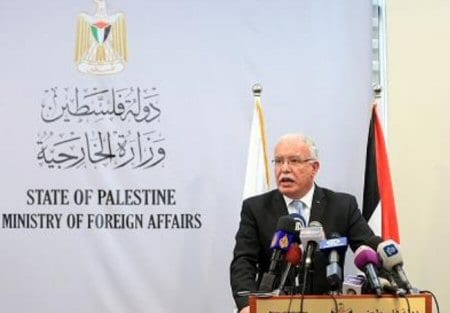 Foreign Affairs and Expatriates Minister Riyad al-Malki, this Wednesday, announced that Palestine would initiate an application to gain full state membership at the United Nations.

Palestinians will be pushing the envelope in January as they apply for full membership in the United Nations. The body has shown sympathy and support for the Palestinian plight, but the US has, through its Security Council veto, thwarted every effort to do anything constructive for the people.

Speaking to Voice of Palestine radio station, Palestinian Foreign Affairs and Expatriates Minister Riyad al-Malki stated that he would initiate the application to upgrade Palestine’s status, from an observer state to a full-member state in the international body, during his upcoming visit to New York, scheduled for mid January 2019, following President Mahmoud Abbas’ instructions.

The application would be submitted to the United Nations Security Council, WAFA News Agency reported, according to the PNN.

Al-Malki is scheduled to make this visit to assume Palestine’s position as chair of the Group 77 developing countries and China, for the year 2019.

The planned submission of the application marks the latest Palestinian leadership’s diplomatic steps sparked by US President Donald Trump’s decision to recognize Jerusalem as Israel’s capital, and relocate the US embassy in Israel  from Tel Aviv to Jerusalem.

To secure full state membership, Palestinians need support from nine out of the UNSC’s 15 member states, provided that none of the five permanent member states use the power of veto.