You Are Here: Home → Opinion: A Law That Tells the Truth About Israel 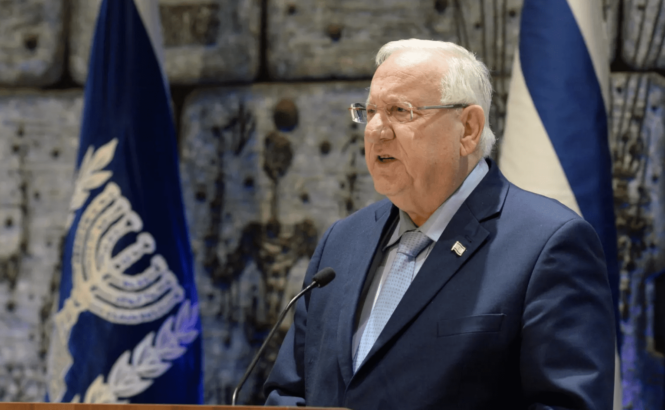 If Israel is Jewish, it cannot be democratic, because of the lack of equality; if it’s democratic, it cannot be Jewish, because a democracy does not bestow privilege based on ethnicity. But now the nation-state law makes it plain. Israel is for Jews only, on the books. It’s easier this way for everyone.

The Knesset is about to legislate one of its most important laws ever, and the one most in keeping with reality. The nation-state law will put an end to Israel’s vague nationalism and present Zionism as it is. The law will also put an end to the farce about Israel being “Jewish and democratic,” a combination that never existed and could never exist because of the inherent contradiction between the two values that cannot be reconciled, except by deception.

If the state is Jewish, it cannot be democratic, because of the lack of equality; if it’s democratic, it cannot be Jewish, because a democracy does not bestow privilege based on ethnicity. So now the Knesset has decided: Israel is Jewish. Israel is declaring that it is the nation-state of the Jewish people, not a state of its citizens, not a state of the two peoples that live within it, and has therefore ceased to be an egalitarian democracy, not just in practice but also in theory. That’s why this law is so important. It is a truthful law.

The uproar over the bill was intended mainly as an effort to continue the policy of national ambiguity. The president and the attorney general, the ostensible guardians of decency, protested and received compliments from the liberal camp. The president shouted that the law would be “a weapon in the hands of Israel’s enemies,” and the attorney general warned about the “international ramifications.”

The prospect of Israel’s veil being removed before the world prompted them to act. Reuven Rivlin, it must be said, cried out with great vigor and courage against the clause allowing community-acceptance committees to screen residents and its implications for the regime, but most liberals were simply horrified to read the reality when it was worded as a law.

Mordechai Kremnitzer, in Tuesday’s Haaretz, also cried out in vain when he said the bill would “foment a revolution, no less. It will spell the end of Israel as a Jewish and democratic state …” He added that the bill would make Israel “a leader among nationalist countries like Poland and Hungary,” as if it isn’t already and hasn’t been for a long time. In Poland and Hungary there is no tyranny over another people lacking rights, which has become a permanent reality and an inseparable part of how this state and its regime operate, with no end in sight.

It was nice to claim that since Israeli Arabs can vote, we are an egalitarian democracy. To point out that there’s an Arab party, even if it’s excluded from any influence. To point out that Arabs can be admitted to the Jews’ hospitals; that they can study in the Jews’ universities and live anywhere they choose. (You bet.)

How enlightened we are; our Supreme Court ruled in the Kaadan case that an Arab family could buy a home in Katzir, after years of litigation and endless evasion. How tolerant we are that the Arabs are permitted to speak Arabic, an official language. The latter was certainly a fiction; Arabic never was remotely treated as an official language, the way Swedish is in Finland, where the minority is far smaller than the Arab minority here.

It was comfortable to ignore that the lands owned by the Jewish National Fund, which include most of the state’s lands, were for Jews only – with the progressive Supreme Court backing that stance – and claim we’re a democracy. It was much more pleasant to think of ourselves as egalitarian.

Now there will be a law that tells the truth. Israel is for Jews only, on the books. The nation-state of the Jewish people, not of its residents. Its Arabs are second-class citizens and its Palestinian subjects are hollow, nonexistent. Their fate is determined in Jerusalem, but they aren’t part of the state. It’s easier this way for everyone.

There remains a small problem with the rest of the world, and with Israel’s image, which this law will tarnish somewhat. It’s no big deal. Israel’s new friends will be proud of this law. For them it will be a light unto the nations. And people of conscience all over the world already know the truth and have long been struggling against it. A weapon for the BDS movement? Certainly. Israel has earned it, and will now legislate it.