You Are Here: Home → One million face hunger in Gaza after Israel’s 12-year blockade 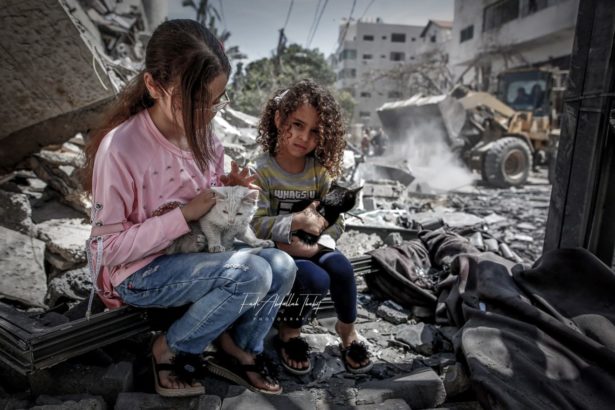 More than a million people in Gaza risk going hungry next month unless international donors fill a $60m (£46m) funding black hole largely created by cuts to Palestinian refugee aid by the Trump administration, a UN agency has said.

The United Nations Relief and Works Agency for Palestine Refugees (UNRWA), which provides food for more than 1 million people in the Gaza strip, is calling on the EU, Gulf states and large emerging economies such as Russia and China to make “firm commitments” of $60m by the middle of June to prevent hunger.

“We are in a critical situation in terms of our food delivery work,” said Matthias Schmale, the director of the UNRWA’s operations in Gaza. “We have over a million people receiving quarterly food handouts and many of these people would not really survive without that every quarter.”

Speaking in Brussels before meeting European officials, Schmale said “the most immediate reason” for the funding gap was the loss of US support. [Also because of Israel’s blockades on Gaza, and its periodic assaults that destroy Palestinian infrastructure.]

The US announced in 2018 it was cutting all funding to the UNRWA, an abrupt loss from the agency’s hitherto largest donor, which provided $360m in 2017.

Schmale said it would have been “a different story” if the US had gradually reduced funds, although still “unfortunate and sad”. But the disappearance of funds from one day to the next caused havoc, forcing UNRWA to make deep cuts to health and employment programmes in the Gaza Strip.

The agency slashed its mental health budget by 50% in the second half of 2018, which reduced the availability of counselling for children in the war-torn region. It also cut a programme that creates short-term work for people in Gaza, a lifeline in an economy where the unemployment rate is 53%. In 2018, 10,139 people benefited from short-term work, down 48% on the previous year.

The EU has become the biggest donor to the UNRWA, with additional cash coming from most member states – Germany, the UK and Sweden made the largest contributions in 2018. But Schmale did not see the bloc playing a significant role in forging peace in the region, although he did praise the EU’s foreign policy chief, Federica Mogherini.

He said: “What I hear a lot in Gaza is that the US, because of its perceived erratic behaviour, is no longer seen as a credible intermediary. The EU has perceived political capital [but] the EU member states are too preoccupied with themselves, so it is probably unrealistic to expect the EU to play a role.”

The UNRWA, created in 1949 to provide short-term relief for Palestinian refugees after the 1948 Arab-Israeli conflict, runs schools, hospitals and social services in five areas including the West Bank, Jordan, Lebanon and Syria.

It is largely propping up Gaza, subject to a total blockade by air, land and sea since 2007. Political stalemate, conflict with Israel and divisions among Palestinian factions have left the territory an economic ruin, without health and social services and with almost no access to clean water and only four or five hours of electricity a day.

With no peace in sight, a generation is growing up in Gaza who have only known the fenced-in territory and never met an Israeli [except for Israeli soldiers, who have frequently invaded the area].

“It is a race against time,” Schmale said, suggesting that without hope children risked turning to extremism. “Despite their experience, the children – the majority by the internet – are connected to the rest of the world [and] they dream of the future, but … we cannot take this for granted. If the blockade continues, this will change, which is why I understand, the Palestinian parents, they are worried about their children.”

[Trump policies are often driven by his major donors, Sheldon and Miriam Adelson.]