You Are Here: Home → New DNC chair stands by Israel amid progressive headwinds 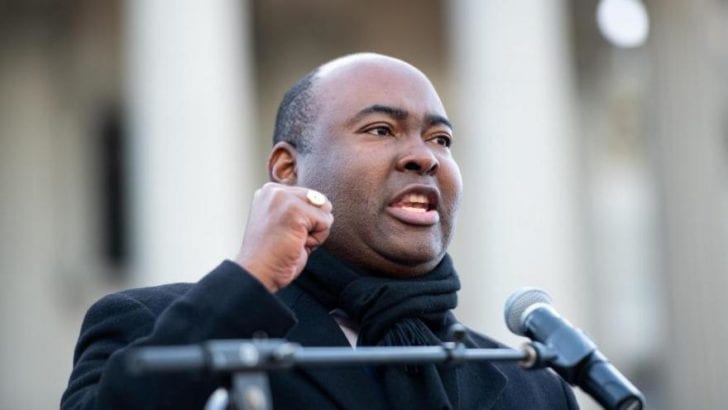 Despite the fact that a growing number of Democrats support Palestinian human rights, new Democrat head Jaime Harrison will likely continue promoting the Israel lobby agenda, as represented in the party’s platform.

Jaime Harrison, the newly appointed chairman of the Democratic National Committee, emphasized in an interview with Jewish Insider on Friday that his party would follow President Joe Biden’s lead with respect to U.S.-Israel policy.

“We as a party take our guidance from the White House and the Biden-Harris administration,” Harrison told JI. “So in many ways, the party won’t deviate from that. We will follow the president’s guidance and the administration’s policy.”

The Democratic Party platform affirms a commitment to U.S. funding for the Jewish state while opposing the Boycott, Divestment and Sanctions movement targeting Israel, as well as such actions as annexation and settlement expansion that some fear could undermine a two-state solution. The platform was regarded as a reflection of Biden’s views when it was approved last August, as internal discussions about adding a reference to “occupation,” which caused some debate during the drafting process, were ultimately nixed.

Despite such efforts, Harrison, 45, suggested in the interview with JI that support for Israel within the Democratic Party remains strong.

“Joe Biden has, as president and even before, been very clear about unwavering support for Israel as our ally, as our partner, as our friend,” said Harrison. “Individuals may have their own opinions, but it is very clear to me, as a party-wide stance, we see Israel as a friend, as an ally and as our greatest ally in that region of the world — and we aren’t moving away from that….”

The Israel lobby largely drives US Congressional support for Israel (Harrison is supported by JAC andJ Street, the liberal wing of the lobby); the large majority of Congress members from both parties regularly announce their commitment to Israel and support for massive funding for the self-proclaimed Jewish state, despite Israel’s long documented human rights abuses, violations of US law, spying on the US, and attempt to sink a US Navy ship. (While today the Democratic party favors the “two state solution,” this is an essence a fig leaf – a pretext of egalitarianism that hides support for Israeli hegemony.)

More articles on the Israel lobby here and here.