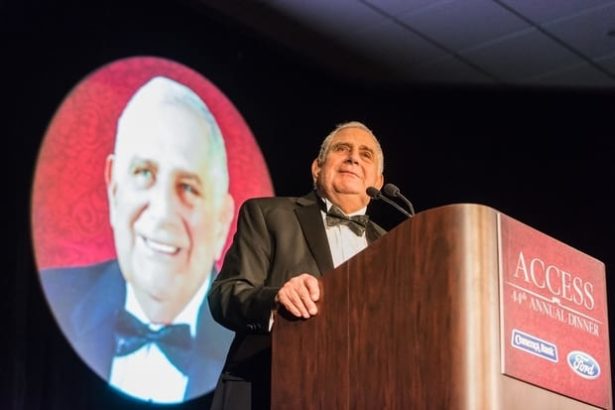 Jack Shaheen, an academic scholar who tackled stereotypes about Arabs in US mass media, died on Monday. He was 81.

Shaheen was the author of Reel Bad Arabs: How Hollywood Vilifies a People, an acclaimed book that documented American cinema’s negative portrayal of Arabs over the decades. It was adopted as a documentary by the same name in 2006.

The late academic, who had worked as a consultant on Middle East affairs at CBS, published several other books on the topic, including The TV Arab; Arab and Muslim Stereotyping in American Popular Culture; and Guilty: Hollywood’s Verdict on Arabs After 9/11.

He was born to Lebanese immigrants near Pittsburgh, Pennsylvania. After winning a Fulbright Scholarship to teach at the American University of Beirut in 1975, he grew into an authority on the perpetuation of anti-Arab sentiment by the media.

He delivered hundreds of lectures and media appearances on the subject.

#JackShaheen has died. His work was invaluable, his kindness and generosity immense. He will be dearly missed.

Although he was not Muslim himself, Shaheen documented and pushed back against stereotyping Muslims in the years after the 9/11 attack. He has said he found it his duty to defend any group that is being targeted.

Shaheen received the University of Pennsylvania’s Janet Lee Stevens Award and the Lifetime Achievement Award by the American Arab Anti-Discrimination Committee (ADC). ACCESS, a nonprofit based in Dearborn, Michigan, named him Arab American of the year in 2015.

“Dr Shaheen worked passionately and tirelessly to shed light on the common media stereotypes of Arabs in Western film, providing invaluable resources to the academic community at large,” ADC president Samer Khalaf said in a statement.

“His work started a conversation about the representation of Arabs in Hollywood and the need for more nuanced depictions of the community. Dr. Shaheen will be greatly missed.”

The Arab American National Museum, where Shaheen was an advisory board member, lauded the late author’s contributions to the community.

“AANM mourns Jack’s passing and stands very proud of his legacy as a scholar and media critic. Our thoughts are with his family,” the museum said in a statement.

1. Very sad to hear of the passing of Dr. Jack Shaheen who did groundbreaking work on the portrayal of Arabs and Muslims in media. RIP pic.twitter.com/arJeFhBveD

The Council on American Islamic Relations (CAIR) described Shaheen as the “nation’s leading authority on depictions of Arabs, Arab-Americans and Muslims in the media and in American popular culture”.

“Dr Shaheen was a scholar and teacher dedicated to challenging bigotry and stereotyping in all its forms. He was a tremendous friend of the American Muslim community and will be greatly missed,” CAIR spokesperson Ibrahim Hooper said in a statement.