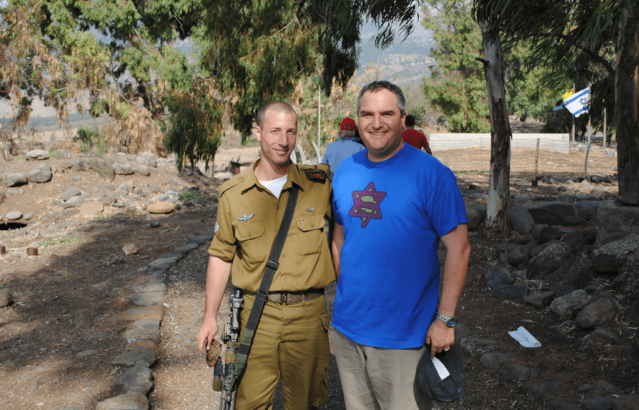 Former state senator Dan Lederman has just been elected chair of the South Dakota Republican Party. Lederman is a fervent supporter of Israel. 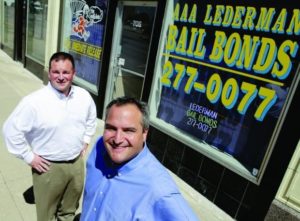 Kampeas quotes the executive director of the Republican Jewish Coalition, Matt Brooks, about Lederman: “He’s somebody who clearly could be governor, congressman, senator. He’s somebody who is totally committed to his constituents.”

And, it appears, to Israel.

Like most successful politicians, Lederman has worked to develop friendly relationships with voters, participating in pheasant hunts, helping during floods, etc. These relationships are useful, Kampeas observes, in promoting Israel:

“Such first-name-basis relationships in a state with only 800,000 people,” Kampeas writes, “help Lederman advance a pro-Israel agenda, one that he prominently displays on his website’s home page, where he touts his leadership on the Iran sanctions legislation as well as a pro-Israel resolution in the wake of Israel’s 2008-2009 Gaza military campaign.”

(During that 3-week military campaign, called “Operation: Cast Lead,: Israelis killed over 1,400 Palestinians, the majority of them civilians, including 318 children, and committed a number of war crimes and human rights violations documented in detail by UNICEF, Human Rights Watch, and the Goldstone Report.)

Lederman’s mentor has been fellow Republican State Senator Stan Adelstein, a multi-millionaire known in the state for his philanthropy, and his commitment to Israel. A bio of Adelstein reports:

Kampeas writes: “Adelstein, who is 80, said he is pleased Lederman is taking his place as a prominent Jewish voice in a region where such voices are otherwise lacking — but which deserves attention from supporters of Israel.”

Adelstein points out: “South Dakota, Montana and North Dakota have just as many U.S. senators as New York, California and Pennsylvania. And South Dakota has two more U.S. senators than it has rabbis. I’m so grateful he’s taking the positions he is.”

Another person pleased with Lederman’s ascendancy is Steve Hunegs, director of the  Jewish Community Relations Council of Minnesota and the Dakotas, which advocates for Israel.

JTA reports: “Lederman has acted as a bridge between the Jewish community and South Dakota conservatives, said Steve Hunegs… That’s key in a state where Republicans have supermajorities in both houses.”

Kampeas reports that the JCRC provided research to Lederman that he used in promoting Iran sanctions.

Lederman was originally a Democrat, but like many neoconservatives, he switched to the Republican party over U.S. foreign policies.

Kampeas reports: “Lederman’s trajectory to Republican lawmaker is not unusual for Republican Jews: He grew up in a politically active Democratic household and switched gears in college when he found that his concerns about national security did not jibe with those of the party with which he was raised.

While traditional conservatives are generally in favor of small government, balanced budgets and minimal foreign aid, neocons, like other Israel partisans, have promoted massive funding to Israel, now over $10 million per day.

RELATED: Some local South Dakota newspapers have been critical of Lederman on other issues; see here and here.