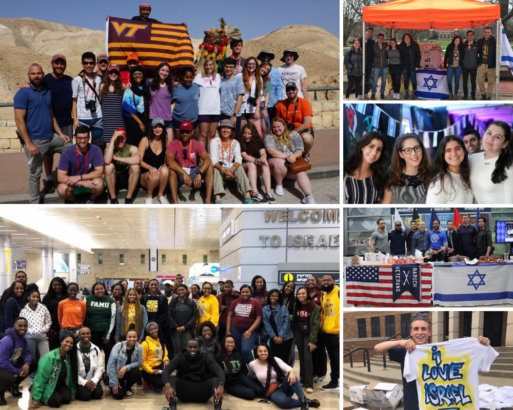 David Brog, executive director of the Maccabee Task Force, emailed supporters on December 26th: “In the spirit of Hanukkah, donate to help us create modern day Maccabees.” (Maccabees are sometimes seen as violent extremists; see below).

The Maccabee Task Force funds free, propaganda trips for campus leaders to Israel, while obscuring its role and objective in the trips.

In his email solicitation for donations, Brog acknowledged his organization’s covert tactics:

“But if we hope to continue to raise the funds we need to support these extensive efforts, then we do need to share ‘what we’re doing about it’ on occasion.

“By the time this academic year is over, we will have funded over 3,200 pro-Israel events on 112 campuses across the country and around the world.  And we will have brought over 2,300 leaders from these campuses on transformative trips to Israel.

“And these efforts are working!  Last year, BDS passed on only one of the 80 campuses on which we were active.  And we intentionally go to the campuses with the most active anti-Israel efforts.

“These efforts are extremely effective — and extremely expensive.  If we’re going to be able to keep growing at this pace, we need your help.  Together, we can ensure that we bring more strategies and support to even more pro-Israel students next year.”

Brog, who is Jewish, is also the founding executive director of “Christians United for Israel (CUFI).” In 2007, the Forward listed Brog in its “Forward 50” most influential Jews in America.

According to Charisma News, “Brog is the powerhouse behind the Christian organization, yet he’s also a conservative (non-Messianic) Jew.” The article reports: “Brog, who was chief of staff to liberal Sen. Arlen Specter of Pennsylvania for seven years, is said to run CUFI like a political campaign. He has talking points, stays focused and rallies his constituency.” Former Israeli Prime Minister Ehud Barak is Brog’s cousin.”

The Maccabee Task Force is funded by American billionaire Sheldon Adelson, who once said he regretted serving in the US Army instead of the Israeli military. Adelson and others are trying to counter the growing support for Palestinian human rights in the U.S.

The  2015 “Campus Maccabees Summit,” co-hosted by Adelson and Haim Saban, an Israeli-American billionaire who funds Democrats, brought together 50 Jewish organizations from both the left and the right. The Forward reports: “Adelson and his fellow conference organizers limited participation in the event to donors willing to pledge at least $1 million over the next two years.”

The Maccabee revolt is at the core of the Hanukkah story. However, some writers dispute the current interpretation. Gary Rosenblatt, editor and publisher of New York Jewish week, writes:

“In our warm and fuzzy packaging of Chanukah in the 21st century, a minor holiday on the Jewish calendar has taken on added significance as our very own antidote to the pervasiveness of Christmas in America. We prefer to emphasize the miracle of the small cruse of oil in the Temple that miraculously lasted eight days, a symbol of hope, faith and the triumph of the few over the mighty.

“But a reading of The Book of Maccabees reveals a bloody struggle, that of a small band of zealots, led by Matathias and his Maccabee sons, who decried the Hellenistic culture of the conquering Greeks and the prohibitions against Jewish religious practice. They waged war against the Greeks, and, some say, against their wayward brethren as well. The Maccabees, for instance, forced uncircumcised Jews to have a brit milah.”

Rosenblatt states: “I have no doubt that if the Maccabees, heroes of the Chanukah story, were around today, they would be leading the West Bank settlers’ current protests, decrying the Jerusalem government for abandoning its Zionist and religious imperative to claim.”

Brog has a long history of advocating for Israel and working to suppress efforts around the U.S. on behalf of Palestinian rights.

On March 28, 2017, Brog addressed the Nevada State legislature in support of an anti-BDS bill, SB.26. BDS, is an international, nonviolent boycott of Israel over its systemic human rights violations. It is based on the principle that “Palestinians are entitled to the same rights as the rest of humanity.”