You Are Here: Home → It’s time to join together to protect essential rights

It’s time to join together to protect essential rights 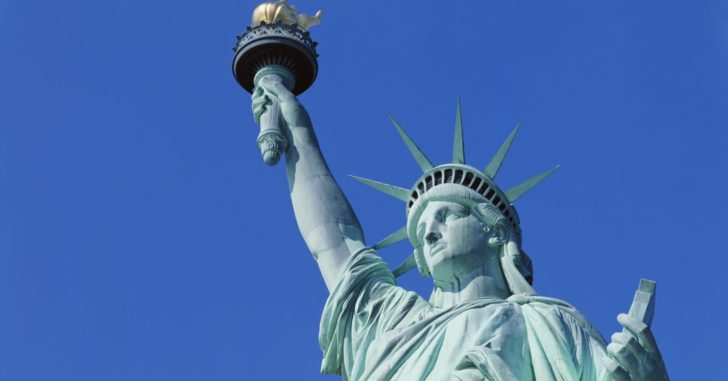 The federal government has forcibly seized, shackled, and kept imprisoned an American citizen who has not even been charged with a crime. They have incarcerated the 59-year-old grandmother for over a week and say they will continue to do so for an unquantified period of time into the future.

For several days the government refused to admit it had taken the woman from the St. Louis airport as she was on her way to visit a sick brother.

For 48 hours, authorities refused to allow her to contact her family, and refused to tell anyone, including mainstream news media like the Associated Press, CNN, and Fox News where they were holding her.

Finally, a judge, who perhaps remembered what the United States Constitution requires, partially unsealed the court records, and the government’s official rationale became public: she had been forcibly taken away, shackled, and imprisoned because she was, they said, a “witness.” To a still-unspecified crime.

This violates some of the most fundamental principles on which the United States was founded, and which protect all Americans of every political persuasion, race, religion, and ethnicity.

Our forefathers – and these are the political forefathers of every single American citizen, whether their ancestors are from here or came a few hundred years ago, or whether they were naturalized today – created a nation that was to be based on rule of law and on liberty.

The government was not to be allowed to arbitrarily imprison its citizens and to sequester them away.

Violating these principles endangers us all. If such violations are allowed to continue, I fear this will destroy the most fundamental, and best, parts of the country that belongs to all of us. It will destroy the country I grew up in, that my father fought for, and that my grandchildren will inhabit.

It is crucial that we all join together to uphold these fundamental, essential principles.

In this particular case, the woman being held is Marzieh Hashemi, born Melanie Franklin. She is African American, also has Iranian citizenship, and is a journalist. None of that should be relevant to her treatment. Justice, as our blind-folded symbol of justice represents, is to be based on law and principle, not on religion or race.

While this particular action is taking place under the Trump administration, the Obama, Bush and Clinton administrations also allowed and perpetuated such violations of our rights.

And this is not the first time this sort of thing has happened in our nation. Sadly, there are many examples of individuals innocent of any crimes being imprisoned… there have been Japanese-Americans, German-Americans, African Americans,  Arab/Muslim Americans, and others.

President Woodrow Wilson rounded up hundreds of Americans of all backgrounds who had spoken against sending Americans to fight in the tragic and unnecessary First World War. As author Bill Kaufman has reported:

Such violations of our fundamental rights have in some significant ways escalated since 2001, as several laws that violated the Constitution have been passed by politicians from both parties.

These laws are supposed to make us “safer,” but in reality, they do the opposite. They take away our freedoms and the essence of our nation. Injustice and illegality do not protect us. Imprisoning individuals innocent of a crime does not enhance our international reputation or the lives of our citizens.

Fortunately, individuals from across the political spectrum and of diverse races, religions, and ethnicities have always resisted oppressive governmental actions that violate our rights, and they are doing so today.

If more of us participate in this resistance against oppression and in affirmation of our rights, we will succeed. I feel that there are efforts to divide us from one another in multiple ways. But if we all join together we can win.

I agree with those who believe that the people united for liberty and against oppression will never be defeated – especially since the U.S. Declaration of Independence and the Constitution with its Powerful Bill of Rights are on our side.

UPDATE:  Hashemi has been released. Her family does not plan to allow this to be “swept under the rug.”

[To sign a petition opposing such governmental abuse of power go here.]

The US War on Freedom of the Press