You Are Here: Home → Israel’s latest killing spree – minor news to US media 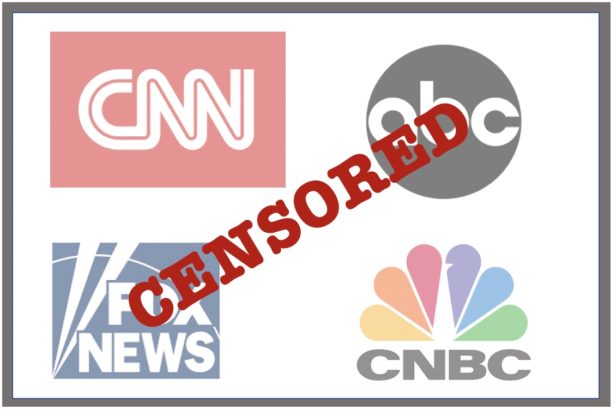 Israel has too much power over US mainstream media (IAK)

Israeli soldiers have killed 195 Palestinians so far this year, the vast majority victims of Israel’s routine use of excessive force and/or collective punishment against a people under occupation in virtual prisons that it rules under an apartheid regime. 37 were minors, some as young as one year old.

In 7 days, November 29-December 5, Israel has killed at least 11 Palestinians, but it is difficult to find a trace of their stories on the websites of major American news networks – even though the circumstances of some of the deaths were particularly suspect and therefore presumably newsworthy.

Most Americans – whose politicians expend $20 million per day on behalf of Israel – likely have little awareness that this has been going on.

Dozens of the Palestinian victims were unarmed protestors or bystanders, others simply because they were in the wrong place at the wrong time – walking near where Israeli soldiers opened fire at a car, on the way to work, or giving first aid to an injured Palestinian.

In several cases, the official Israeli military narrative doesn’t add up. In other cases, Palestinians could have easily been captured and given a trial; instead they were assassinated – a war crime.

Others killed were members of the Palestinian resistance, or were alleged to be by their attacker. While international law grants all people the right to resist their oppressors, Israel has made such resistance an offense punishable by death.

American mainstream media have often swept Palestinian deaths – and Israel’s daily human rights abuses – under the rug for years. (If Americans Knew has produced multiple reports on this topic.)

Below is a sampling of how the websites of several major news outlets have covered – or more accurately, not covered – the recent spike in Israeli state violence against Palestinians.

A search of the CNN website turns up no recent news whatsoever on Palestinian deaths. (There was one follow-up story on the killing of Shireen Abu Akleh last May. Shireen was a dual American and Palestinian citizen, and her death made front page news around the world. Israel at first blamed Palestinians, but eyewitnesses and investigations by CNN and other organizations implicated Israel.)

Other than this single piece, readers searching for articles on Palestinian deaths need to go back to October 25th. 28 Palestinians have been killed (5 of them children) since that article appeared. CNN’s audience is unaware they ever existed, let alone died under occupation.

CNN makes no mention of, for example, the violent and unnecessary killing of Ammar Mifleh, an unarmed Palestinian who was shot at point blank range at least 4 times by an Israeli soldier.

The most recent story about a Palestinian death on CNBC was on November 6. The article reports that an 18-year-old (his name is not mentioned, but it was Mos’ab Mohammad Nafal) was shot to death for allegedly throwing stones.

Since then, 19 Palestinians have been killed by Israeli forces without a word from CNBC.

Recent articles on ABC relied heavily on descriptions of incidents from the Israeli military point of view. For example, a December 5th article reported on the killing of a Palestinian when Israeli soldiers opened fire on a “crowd [that] hurled rocks and firebombs.”

Another article appears on November 29th stating that 5 Palestinians had been killed “in less than 24 hours of fighting.”

This wording insinuates that the situation in the region is conflict between two equal, armed groups. In reality, Israel is one of the world’s top military powers, and Palestinians are often armed with only rocks.

The website also has photos from several Palestinian funeral processions. In one case stating, “the army said it opened fire after a crowd attacked soldiers with stones and firebombs” – again, taking the Israeli point of view.

A single story appears on ABC mentions Palestinians challenging the legitimacy of a killing.

The article, “Palestinians say killing caught on video was unjustified,” does not include the video, but it does at least contain the statement,

The video of Adili’s final moments was a rare documentation of one of the increasingly common violent incidents involving Israeli security forces and Palestinians, including attackers.

Fox News has precious little to say about recent Palestinian deaths. A single article on the Fox News website, “Fighting in occupied West Bank kills 4 Palestinians,” appeared on November 29th. The wording of its subhead, “More than 140 Palestinians have been killed this year in Israeli-Palestinian fighting,” again falsely implies two entities with roughly equal power, instead of a powerful colonizer against an oppressed colonized people. The article used loaded language.

An article in October, “Israeli troops raid gunmen’s hideout; 5 Palestinians killed,” reported on Israeli soldiers “blowing up a [Palestinian] bomb lab” in “an accurate and deadly strike at the heart of terror infrastructure trying to carry out attacks.”– a story that was debunked a few weeks later. It appears that Fox never corrected its report.

A sad state of affairs

The United States is a nation of educated, intelligent, and compassionate people. The failure by our mainstream media to tell the truth about “our ally” that receives massive military aid is a failure of massive proportions. Our elected Congress members give Israel immense amounts of our tax money, making us complicit in the deaths of hundreds, the torture of thousands, and the oppression of millions.

This media travesty has been going on for decades in the U.S. and elsewhere.

Maybe the editors of mainstream media don’t value all lives equally, but plenty of Americans do.

If Americans knew more about Israel’s utter disregard for (non-Jewish) human life, would we say something?

FURTHER READING ON CENSORSHIP AND BIAS IN REPORTING ON ISRAEL: