You Are Here: Home → Israel’s assault on Palestinian universities is a threat to human rights and a tragedy for this generation of students 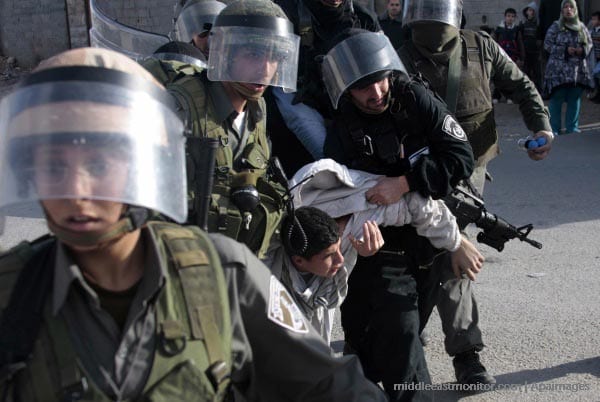 Palestine has had to contend with Israel’s systematic obstruction of education: from enforced closures, campus raids, and the oppression of individual students and teachers, including arbitrary arrests and detention without trial

By Sophia Brown, reposed from The Independent

The fundamental right to education is enshrined in international law. Article 26 of the Universal Declaration of Human Rights states: “Everyone has the right to education,” while also decreeing that “higher education shall be equally accessible to all on the basis of merit”. The challenges currently being faced by Palestinian universities mean that this universal right is being severely compromised in the occupied Palestinian territory (OPT).

As an occupying power,the state of Israel, is obligated to ensure that civilians under occupation are not denied their basic human rights. The fourth Geneva Convention makes it clear that occupying powers are subject to substantial obligations, including the general welfare of the population – which includes access to education – and that forcible deportation is forbidden. While it is widely accepted by the international community and its governments that Israel continues to violate the fourth Geneva Convention, Israel itself – although a party to the convention – denies that it applies to the OPT, maintaining its dominance of every aspect of Palestinian society.

What does this all mean for Palestinian universities today? A substantial issue is freedom of movement: the vast network of checkpoints, the separation wall, settler-only roads and the settlements themselves, which impel Palestinians to take ever-more circuitous journeys to their destinations. When I spoke to research analysts at Al-Haq, a Palestinian human rights organisation based in Ramallah in the West Bank, they highlighted the daily impact that this has on regular access to education. Severe delays can mean missed classes; a 20-minute journey can easily take more than two hours. But the cumulative effect, as many academics and students point out, is more insidious: the thousands of otherwise productive hours lost in checkpoint queues, and the levels of anxiety and stress this causes.

Meanwhile, for decades, the education sector – schools as well as universities – has had to contend with Israel’s systematic obstruction of education, from enforced closures, campus raids, and the oppression of individual students and teachers, including arbitrary arrests and detention without trial. According to Sam Bahour, a former board member of Birzeit University and co-founder of the Right to Enter campaign a grassroots organisation that defends the rights of access, movement and residency in the OPT, it’s important to see this assault on education as part of a broader picture of Israeli oppression of Palestinian lives and a determination to stifle the natural growth of a society, not to mention the emergence of a Palestinian state on the ground.

Echoing Bahour’s comments about the broader picture, the analysts at al-Haq noted that the occupation is restructuring the fabric of Palestinian society, with the pressures placed on education one of the key ways in which this is happening. They emphasised that the restrictions placed on movement have eradicated students’ freedom of choice over where to study, especially at university level. This is something that adversely affects female students, with families increasingly concerned about letting them travel long distances, given the unpredictable nature of journeys through the OPT. What this creates, according to Bahour, is a form of “inbreeding”; universities have become too localised and isolated, with the lack of diversity and variety of experience in the classroom inevitably having an adverse effect on the plurality of perspectives and ideas. Again, this is part of the bigger picture of Israel’s occupation. “The geographic fragmentation of the OPT is mirrored in societal fragmentation which starts at Palestinian universities,” Bahour states. Such issues are greatly exacerbated in Gaza, which is completely isolated due to the ongoing blockade, while also contending with a deepening humanitarian crisis.

None of these various issues are new. Nor are the attempts to resist them – for example, Birzeit University, close to Ramallah,established its Right to Education campaign in the 1970s in order to assist staff and students facing arrest and imprisonment. But the need to protect Palestinians’ access to education is more urgent than ever. The Right to Enter campaign issued an impact statement this July, observing: “The past year has seen an intensification of Israel’s long-standing policy of undermining Palestinian education at all levels,” before offering a series of clear examples to illustrate their grave concerns: classroom demolitions, threats of further demolitions, the expulsion of international academics and the denial of visas to visiting scholars.

This past year, an increasing number of foreign passport holders (many of whom are of Palestinian origin, but do not have the required residence documents that Israel both demands and is in charge of issuing) have been refused entry to the country or had visa renewal applications denied. The situation at Birzeit, where 15 faculty members are currently at risk,is so dire that a statement was issued in July, warning that “if this policy continues, Palestinian universities, including Birzeit University, will be further isolated from the global academic environment”. Since then, two professors have already been forced to exit the country.

Raja Shehadeh, the prominent Palestinian author and human rights lawyer, has described Israel’s convoluted work permit and visa system as “a truly Kafkaesque process”.In a recent article in the Times Higher Education, he deplored the extreme uncertainty created by a system in which a visa can be issued one year and then summarily withdrawn the next. Writing in Haaretz, Daphna Golan rightly referred to this as “a form of bureaucratic violence”.

A cornerstone of academia is international exchange – the opportunity to study abroad, to attend conferences, to learn from visiting lecturers, to benefit from a diverse staff and student body. Indeed, it is also surely a human right, given that Article 26 states that education “shall promote understanding, tolerance and friendship among all nations, racial or religious groups”. Palestinian academia, on the other hand, is being forcibly and increasingly isolated from the world. As Shehadeh points out: “Palestinian students have few options to study abroad, so if they are to acquire a quality education with an international outlook it is vital that local universities be able to tap into international expertise.”

Bahour states that Palestinians have become adaptable to and creative in response to their “education under duress”, striving to make the most of the limited opportunities on offer. Having visited the universities of the West Bank and sat in their classrooms, this was also something I observed. But Palestinian students should be able to pursue their studies without these monumental, relentless challenges. And their lecturers, including those from the international community, should be free to teach them.

Dr Sophia Brown is an academic whose work focuses on contemporary Palestinian literature. Most recently, she was a visiting research fellow at the Kenyon Institute in East Jerusalem