You Are Here: Home → Israeli Soldiers Kill Another Palestinian Child Near Ramallah 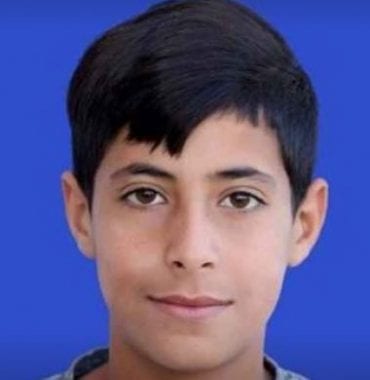 Laith Haitham Abu Na’im, 16 died from a live bullet to the head on January 30.

Laith Haitham Abu Na’im is the 4th Palestinian minor to be killed in 2018.

Israeli soldiers invaded, on Tuesday afternoon, the al-Mughayyir Palestinian village, northeast of the central West Bank city of Ramallah, and shot a Palestinian child with a live round in the head from a close range, causing a serious injury, before he was rushed to a local hospital where he died from his wounds.

Eyewitnesses said the soldiers shot the child from a very close range, striking him with a live round in the head.

The child was shot after dozens of soldiers invaded the village, and attacked Palestinian protesters with gas bombs, rubber-coated bullets, concussion grenades and live rounds.

The slain child’s funeral will take place on Wednesday afternoon, in his village; his death brings the number of Palestinian children killed by the Israeli army in January to four.

To learn about Palestinian and Israeli deaths since 2000 please see this timeline.