You Are Here: Home → Israeli Soldiers Kill A Palestinian Teen In Jenin 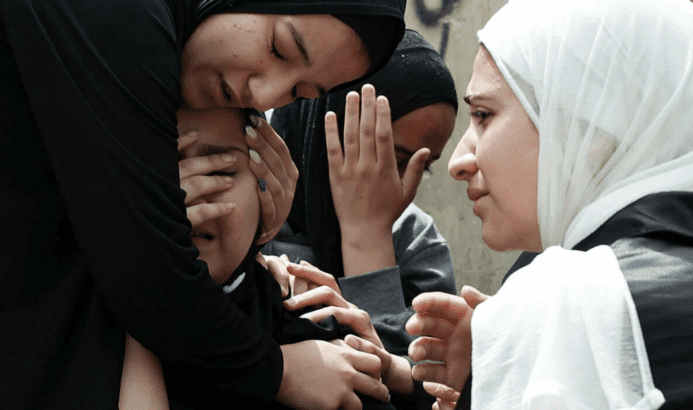 In yet another raid on the Palestinian city of Jenin, Israeli forces shot seventeen-year-old Amjad al-Fayed to death with eleven live rounds to his upper body… Another teen is in critical condition…

Israeli soldiers killed, Saturday dawn, a teenage boy and seriously injured another Palestinian after the army invaded the Jenin refugee camp in the northern West Bank governorate of Jenin, leading to protests.

Medical sources in Jenin have confirmed the identity of the slain teen as Amjad Waleed al-Fayed [also spelled al-Fayyed], 17, and added that the soldiers shot the teen with nearly eleven live rounds in the upper body.

The sources added that the army also shot and seriously injured another Palestinian, eighteen years of age, before being rushed to a hospital in Jenin.

The Israeli army said the Amjad was killed during exchanges of fire that took place after the army invaded the refugee camp.

It is worth mentioning that the slain Palestinian teen is the nephew of Amjad and Mohammad al-Fayed, who were killed in the massive Israeli offensive in the Jenin refugee camp in April of the year 2002.