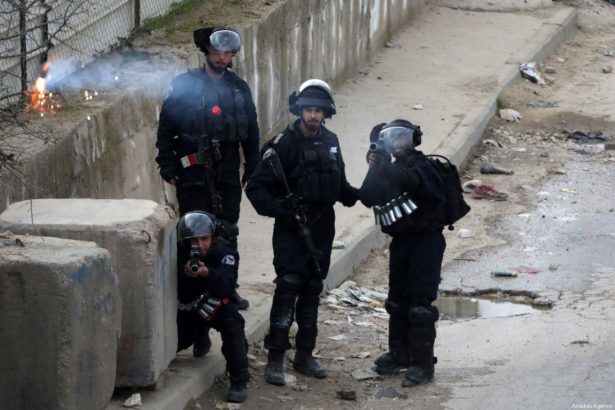 What else is new? Israeli police shot nineteen-year-old Samer Qawasmi after an alleged stabbing attack, then left him to bleed to death.

On Twitter, Public Security Minister Omer Bar-Lev also confirmed that the Palestinian teenager was killed by Israeli police, who he said acted “quickly and resolutely” after the alleged attack.

The Palestinian state news agency Wafa, citing eyewitnesses, said the Palestinian youth was “left bleeding helplessly on the ground until he died of his critical wounds in a few minutes.”

Israeli forces sealed the entrances to the Old City following the incident and set up checkpoints at the roads leading to the flashpoint Al-Aqsa Mosque compound.

Israel occupied East Jerusalem during the 1967 Arab-Israeli war. In 1980 it annexed the entire city, in a move never recognized by the international community.