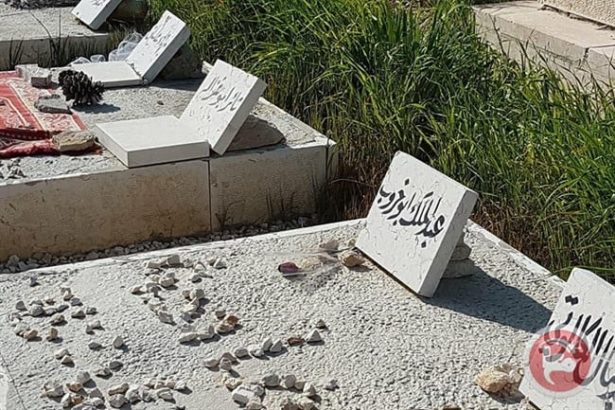 Some tombstone in an East Jerusalem cemetery contained the words “graves of martyrs of the Intifada of Jerusalem.” This was objectionable to Israeli forces, so they raided the cemetery in the middle of the night an broke the tombstones to pieces. That’s how it works under occupation.

According to al-Kilani, armed Israeli forces were deployed at the entrance of the cemetery, while what he claimed were officers dressed as civilians, raided the cemetery and destroyed several tombstones using a variety of hand tools.

Al-Kilani told Ma’an that the destroyed tombstones belonged to Muhammad al-Kaluti, Abdullah Abu Kharroub, Thaer Abu Ghazaleh, Bahaa Elayyan, Muhammad Abu Khalaf, Abed al-Muhsen Hassuneh and Muhammad Nimr, who were all killed by Israeli forces during a wave of violence across East Jerusalem and the West Bank that erupted in October 2015.

The tombstones were engraved about a year-and-a-half ago with a verse from the Quran and the sentence “graves of martyrs of the Intifada of Jerusalem,” al-Kilani added.

Following the outbreak of violence, which was largely characterized by small-scale stabbing attacks on uniformed Israeli security personnel, many Palestinians referred to the time period as the Jerusalem Intifada.

Al-Kilani told Ma’an that out that Israeli forces had previously demanded that he remove the words “heroic martyr” that were engraved before the name of each of the deceased Palestinians, and threatened to destroy all the tombstones if he did not. 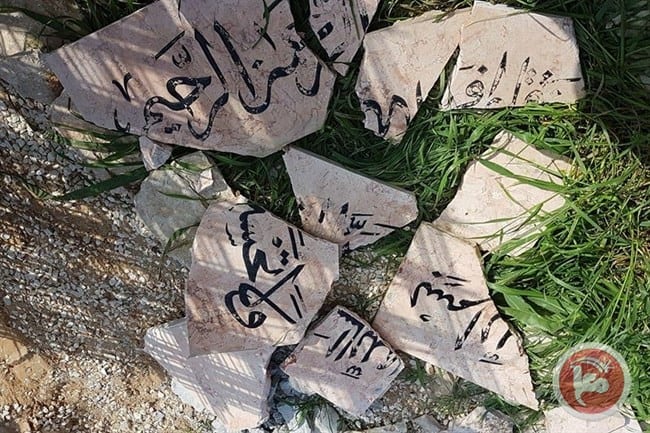 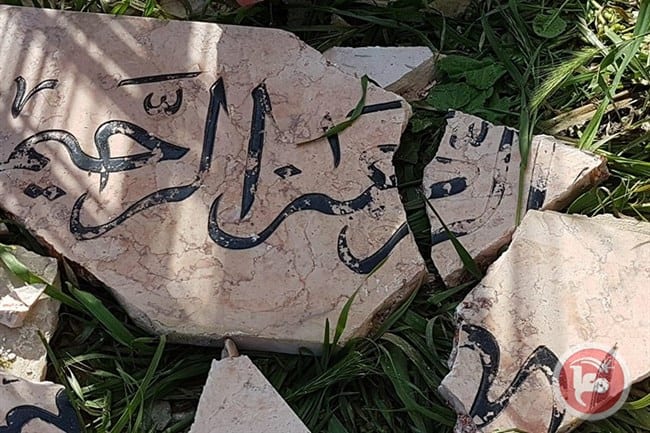