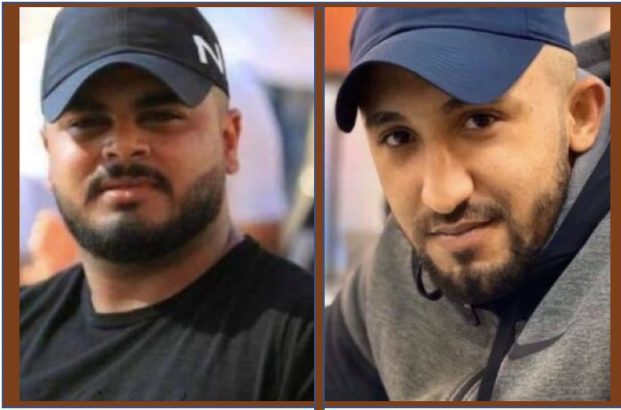 Samer Khaled and Yazan Affana are just the latest in a particularly deadly spate of shootings by the Israeli military.

In the last three months Israeli forces have killed approximately 70 Palestinians –13 of them minors, including two five-year-olds. No Israelis were killed.

On Thursday dawn, Israeli soldiers killed a young Palestinian man after the army invaded the Al-Biereh city in the Ramallah and Al-Biereh governorate, in the central part of the occupied West Bank.

Medical sources said the soldiers killed a young man, Yazan Naim Affana, 24, after shooting him with live fire while the army withdrew from Um ash-Sharayet neighborhood in Al-Biereh city.

They added that Affana, from the Qalandia refugee camp, north of occupied Jerusalem and south of Ramallah, was shot with live rounds in his heart.

The soldiers also invaded and ransacked many homes and buildings and abducted a young man.

Early Thursday morning, Israeli soldiers fatally shot a young Palestinian man in front of the main entrance of Balata refugee camp, east of Nablus, in the northern part of the occupied West Bank.

Palestinian sources said the young man, Samer Mahmoud Suleiman Khaled, 25, from the al-Ein refugee camp in Nablus, was shot with a live round in the neck while sitting in his car.

The Israeli army fired a barrage of live rounds, gas bombs, and concussion grenades, resulting in serious damage to a store causing it to catch fire and burn.

OTHER RECENT PALESTINIAN DEATHS AT THE HAND OF ISRAEL: