You Are Here: Home → Israeli expert says alienation of Jewish Americans could end US support for Israel, threatening Israel’s existence 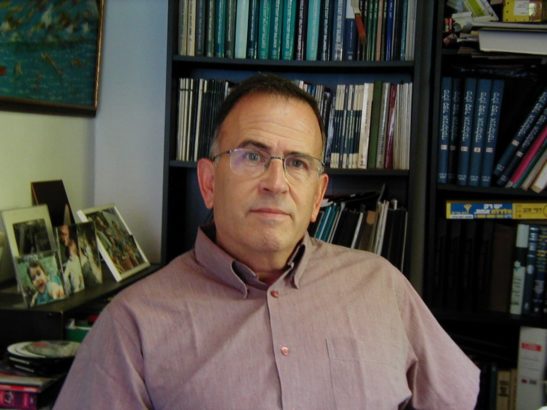 Israeli security analyst Yossi Alpher says that Jewish Americans are central to U.S. support for Israel and that alienation of this population could pose an “existential” threat to Israel.

Alpher is a former Mossad senior official, military intelligence officer and director of the Jaffee Center for Strategic Studies at Tel Aviv University.

Alpher says: “About 20 years ago I coined the term ‘strategic triangle’ to describe the relationship between the United States, US Jewry and Israel.” According to Alpher, “It is not a symmetrical relationship: the United States can manage without either Israel or the American Jewish community, but Israel needs both of its partners and arguably so do American Jews.”

Alpher says that loss of U.S. support would also diminish support from other countries “that cultivate ties with Israel because of its presumed influence in Washington.”

Another loss, Alpher says, would be “the  services quietly provided to Israel internationally over the decades by influential American Jews and American Jewish organizations, e.g., investing in Morocco to facilitate Israeli-Moroccan ties and helping with the immigration of Ethiopian Jews.”

Alpher’s statements were made in a July 3 interview conducted by the organization Americans for Peace Now (APN), which works to “ensure Israel’s future and the viability of Israel’s democracy and Jewish character through education, activism and advocacy in the United States.”

The interview focused on the impact of a U.S. President, according to APN, “not beholden to liberal American Jews,” and on recent Israeli legislation driven by the extreme right in Israel that has outraged many Jewish Americans.

Alpher warns: “Did [Netanyahu] really think he could nullify thousands of conversions and prevent a large majority of US Jewry from praying at the Wall – insults heaped on top of decades of slights and unequal treatment of the American Jewish mainstream and its religious institutions – and get away with this behavior forever?”

Alpher states: “From a strategic and even existential Israeli standpoint, Netanyahu is hurting Israel’s most critical interests: not just relations with American Jews, but the overall strategic link to America.”

Losing American Jewish support would cause the Israel lobby to “lose its clout,” Alpher says. “Presidents and members of Congress [wouldn’t] have to factor in the views of their influential Jewish constituents on issues relating to Israel.”

“The most vulnerable issue,” Alpher says, “would be American security support for Israel: this is existential from Israel’s standpoint.”

In addition, Alpher says, “Israel’s aspiration to speak for world Jewry would be severely damaged if it could not speak for the interests of the American Jewish mainstream.”

Alpher also points out that Israel would lose most of the “$1.8 billion contributed to Israeli causes by the American Jewish community.”

Alpher predicts that the Birthright program, which takes young Jewish Americans on free trips to Israel so that they will identify with Israel, “would presumably collapse,” thus diminishing future support for Israel.