You Are Here: Home → Israeli Army Kills One Palestinian, Injures 312, In Gaza 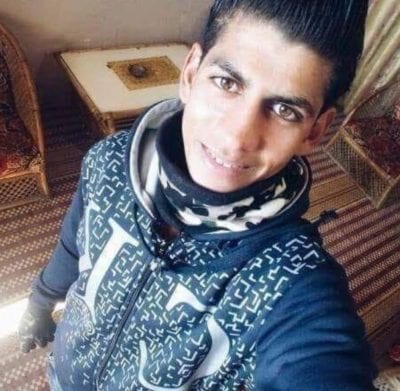 Israeli soldiers killed, Friday, a young man, and injured 312 other Palestinians, including 54 with live fire, after the army attacked the Great Return March processions, in several parts of the Gaza Strip.

The Palestinian Health Ministry in Gaza has confirmed that the soldiers killed Karim Mohammad Kollab, 25, after shooting him with live fire, east of Gaza city.

It added that the soldiers also injured 312 Palestinians, including 100 with live fire.

100 of the wounded Palestinians were rushed to hospitals in the Gaza Strip, while five of the injured residents suffered life-threatening wounds.

The Health Ministry also said that among the wounded are twenty children and two women.

According to online Israeli daily Haaretz, the army carried out several air strikes in northern Gaza, and quoted the military alleging that a number of protesters “hurled explosives and grenades,” in addition to burning tires.

It added that one soldier was mildly injured by shrapnel, while firefighters extinguished six blazes caused by flaming balloons and kites, near the border area.

On Wednesday, September 19, 2018, the soldiers killed a Palestinian child, identified as Mo’men Ibrahim Abu Eyada, 15, after shooting him in the head while he was participating in a non-violent protest east of Rafah, in the southern part of the Gaza Strip.

On Tuesday, September 18, 2018, the soldiers killed four Palestinians, at dawn and during evening hours, east of Khan Younis, and near Beit Hanoun (Erez) Terminal in northern Gaza, and injured dozens of residents with live fire, in addition firing many gas bombs and concussion grenades causing many to suffer the effects of teargas inhalation.

The slain Palestinians have been identified as Ahmad Mohammad Mohsin Omar, 20, from the al-Shati’ refugee camp, Mohammad Ahmad Abu Naji, 34, from Jabalia, in addition to Naji Jamil Abu ‘Aassi, 18, and Ala’ Ziad Abu ‘Aassi, 21, from Khan Younis.

On the same day, the soldiers killed Mohammad Yousef Sha’ban Oleyyan, 26, in occupied East Jerusalem, in addition to Mohammad Zaghloul al-Khatib, 24, after assaulting him in his home in Beit Rima town, northwest of Ramallah, in central West Bank.

One Palestinian was killed and 41 were wounded by live Israeli fire, during protests at the Gaza border, on Friday, the Gaza Health Ministry said.

Dr. Ashraf Al-Qadra, the spokesman for the Ministry of Health, reported that 41 different cases, including 30 injuries, were transferred to the hospital. Among the injuries were 21 live bullets, of which 3 were serious.

Al- Qadra said that Kareem Mohammed Kallob, 25, was shot by Israeli snipers while participating in the Great Return March, near the border fence, east of Gaza City.

Four of the wounded were said to be in serious condition. The Health Ministry said that 159 people were wounded altogether, of whom 55 required hospitalization.

Local sources said that Israeli tanks fired an artillery shell near a crowd of citizens, close to the border fence, east of Gaza City, while an Israeli drone fired two missiles at a site east of the city and its entire passage.

Over 180 Palestinians have been killed and thousands others injured since the outbreak of the Gaza border protests, on March 30. The protests call for ending the 12-year-long Israeli blockade of Gaza and for the right of return of the refugees.

Timeline of Israelis and Palestinians Killed since 2000