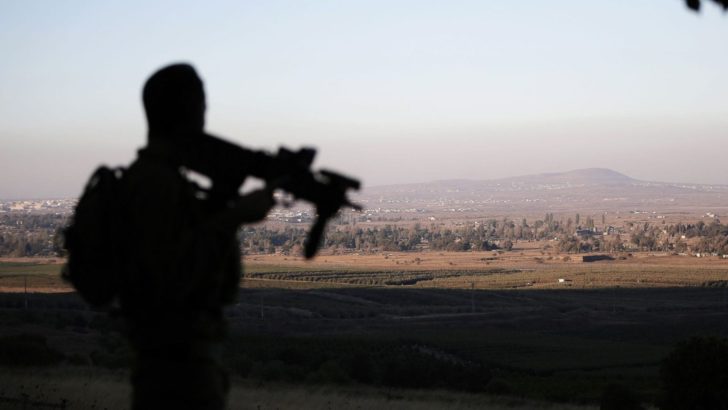 It’s been known that Israeli hospitals have treated wounded Syrian fighters, but Wall Street Journal report uncovers direct support in cash, without which fighters say they ‘wouldn’t have survived.’

Israel has been secretly providing aid to Syrian rebels in the Golan Heights for years with the goal of maintaining a buffer zone of friendly forces to keep ISIS and forces aligned with Iran at bay, according to a report in the Wall Street Journal.

The support has been substantial and direct, according to the report, including cash funds, food, fuel and medical supplies, creating a reality in which several armed groups and much of the civilian population in the area are reliant on Israeli aid.

The Wall Street Journal based its findings on information provided by “half a dozen rebels and three people familiar with Israel’s thinking,” who said that Israel’s secret dealings with the rebels began as early as 2013 under former Defense Minister Moshe Ya’alon and that they continue to this day, with the goal of keeping pro-Iranian groups, like Hezbollah, away from the border.

These sources told the Wall Street Journal that a special unit was carved out of the Israeli army to oversee to the aid operation and that Israel considers the situation far enough in advance that it sets out a specific budget to invest in the effort.

Fighters in Syria told the Wall Street Journal that Fursan al-Joulan (Knights of the Golan) is the main group coordinating with Israel, receiving approximately $5,000 a month in funds while receiving no support from other Western nations and is unaffiliated with the Free Syrian Army.

“Israel stood by our side in a heroic way,” the group’s spokesman, Moatasem al-Golani said to the Wall Street Journal. “We wouldn’t have survived without Israel’s assistance.”

Al-Golani said cooperation began when wounded fighters from among the group’s ranks managed to reach the Israeli border where they begged for help from Israeli soldiers who spoke Arabic. The wounded were taken for medical care in Israel, opening up the secret channel.

Fusan al-Joulan is said to have some 400 fighters and maintains loose alliances with four other groups on the Syrian side of the border with Israel, all of whom reportedly receive some amount of aid from Israel. Unlike Fursan al-Joulan, some of the groups benefit from Western backing and are affiliated in some capacity with the Free Syrian Army, according to the report.

While Israel’s medical assistance to wounded Syrians who arrive at the border has been public knowledge since the beginning of the civil war, the new information detailing the depth of Israeli support for the rebels could further escalate tensions with the Syrian government and President Bashar Assad’s forces, with whom Israel has technically been in a state of war with for decades. Israeli airstrikes have targeted forces in Syria on multiple occasions, mainly taking aim at weapons shipments en route to Lebanon’s Hezbollah.

One source confirmed to the Wall Street Journal that money does cross the border into Syria but that it is used for humanitarian purposes. Rebel fighters contradicted this claim, saying the funds were used to pay salaries and buy munitions.

The Wall Street Journal said the Israeli army wouldn’t comment on the rebels’ claims, but said Israel is “committed to securing the borders of Israel and preventing the establishment of terror cells and hostile forces … in addition to providing humanitarian aid to the Syrians living in the area.”