You Are Here: Home → Israeli Prison Service accused of beating Palestinian who died in detention 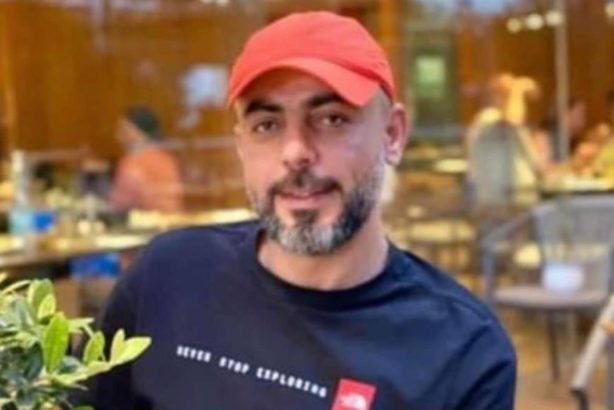 Before his death in an Israeli prison, Abdo Yousef al-Khatib, 43, was a resident of Shuafat refugee camp in East Jerusalem and a father of four.

After his arrest by Israeli forces on Sunday for a traffic violation, Abdo Yousef al-Khatib was heard screaming in his prison cell. The Israel Prison Service claims he died of a heart attack.

The family of a Palestinian who died on Wednesday evening in an Israeli detention centre has accused authorities of electrocuting and beating him while in prison.

Abdo Yousef al-Khatib, 43, a resident of the Shuafat refugee camp in East Jerusalem, was arrested on Sunday for a traffic violation, according to his family, and detained in the Israeli Moscovia Detention Centre, also known as al-Maskobia.

The family has accused Israeli interrogators at Maskobia of beating and electrocuting Khatib, saying that he was not suffering from any health issues before he was detained.

The Israel Prison Service (IPS), a body responsible for running prisons and detention centres, said Khatib was “found unconscious” in Maskobia on Wednesday evening. The IPS said that prison staff “attempted to resuscitate him, but were forced to declare his death”.

Palestinian detainees at Maskobia told the family that they could hear him screaming.

The family, which will conduct an autopsy on his body, told the Palestinian news agency Wafa that Israeli police informed them that Khatib died of a heart attack.

Fadi al-Khatib, a relative, told local media that when a group arrived at Maskobia to check on Abdo al-Khatib on Wednesday, Israeli security forces “assaulted us violently, seven of my cousins were detained, and we’re waiting for tomorrow to understand the cause of the death”.

The Palestinian Authority’s Jerusalem Governorate declared the “Israeli occupation government and its prison administration… fully responsible for the martyrdom of al-Khatib.”

It called on international organisations to react to the violations of Palestinian human rights in East Jerusalem and the occupied West Bank.

“It is unreasonable for the international community to remain a spectator of these immoral and inhuman practices, which have transcended all international norms and conventions.

“Beating and torture, which often amount to killing, have become a normal thing for the occupation system and its agencies, and this is a shame recorded in the history of the international community in all its forms,” the PA’s Jerusalem Governorate said in a statement.

Addameer, a Palestinian prisoners’ rights group, said that the death of Khatib was a tragedy, and that “whoever arrested and tortured [him], from soldiers, police and the [Israeli] Prison Service, all of them belong to the occupation government and its military agencies.”

According to Addameer, 4850 Palestinian prisoners are currently being held in Israeli jails, 350 of them from East Jerusalem.

Khatib leaves behind a wife and four children.