You Are Here: Home → Israel Is Not America’s Ally

Israel Is Not America’s Ally 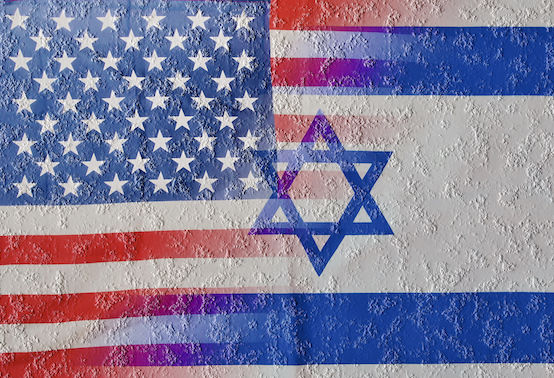 The US “alliance” with Israel implicates us in decades of abuses and crimes against the Palestinian people.

Constantly referring to Israel as our “most cherished ally” promotes an illusion of common interest that does not actually exist.

Andrew Sullivan comments on the U.S.-Israel relationship and the role of “pro-Israel” lobbying groups in our politics in a new essay. There are several things that I think Sullivan gets wrong, but perhaps the most significant and pervasive error in the piece is his repeated description of the relationship an “alliance.” He notes that the U.S. gets nothing in return for the extensive military and diplomatic support that it provides, he acknowledges that the U.S. “suffers internationally” on account of its close relationship with Israel, and he marvels at how badly its government under Netanyahu has behaved towards the U.S. Nonetheless, he writes, “I would defend the alliance despite this, because of my core belief in a Jewish state.”

The trouble with all this is that there is no alliance and Israel is not our ally. Its government does not behave as an ally does, it has never fought alongside U.S. forces in any of our foreign wars, and its interests are not aligned with ours as an ally’s should be. There is no formal treaty and no binding obligations that require our governments to do anything for the other.

There are few words in U.S. foreign policy debates used more frequently and with less precision than ally and alliance. Our politicians and pundits use these terms to refer to almost every state with which the U.S. has some kind of security relationship, and it always grossly exaggerates the nature and extent of the ties between our governments.

The exaggeration in Israel’s case is greatest of all because it is routinely called our “most important ally” in the region, or even our “most cherished ally” in all the world. These are ideological assertions that are not grounded in any observable reality. Dozens of other states all over the world are better allies to the United States than the “most cherished ally” is, and they don’t preside over an illegal occupation that implicates the U.S. in decades of abuses and crimes against the Palestinian people living under that occupation, but none of them enjoys the lockstep, uncritical backing that this one state does.

The effect of this constant repetition is to make the U.S.-Israel relationship seem extremely important to U.S. interests when it is not, and that serves to promote the “illusion of an imaginary common interest in cases where no real common interest exists.” It is this illusion as much as anything else that prevents a serious reassessment of the relationship….