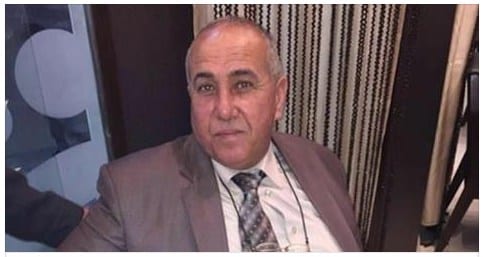 Israel arrested Hamdan Temraz, 61, deputy director of the United Nations Department of Safety and Security in Gaza, while he was on his way to a work meeting. Four days later the UN still had not issued a statement about this.

The UN has recently come under increased pressure from the United States and Israel.

US Ambassador to the UN Nikki Haley announced to an adoring AIPAC audience in March that she had pressured the UN to remove an official report showing that Israel was guilty of ‘apartheid.’

All 100 US Senators signed a letter in April noting that the US is the largest single donor to the UN and demanding that the UN end its allegedly unfair treatment of Israel.

On July 14th UN Secretary-General António Guterres issued a statement condemning the killing of two Israeli policeman by three assailants (who were then killed by Israeli forces), announcing: “This incident has the potential to ignite further violence. All must act responsibly to avoid escalation.”

Now the UN Secretary-General is saying nothing about Israel’s imprisonment of a UN official from Gaza as he tried to travel to a meeting.

This is getting old.  Israel has once again arrested a United Nations official based in Gaza as he attempted to cross into Israel to attend a work meeting there.  An Israeli security source has confirmed to me the linked story above and the Shin Bet arrest.  The news is under gag order in Israel and no media there may report the story.  This conveniently insulates the Israeli public from the news that their supposedly democratic nation has arrested human rights personnel from the most reputable NGO in the world.  It also allows the Shin Bet time to build yet another fraudulent case against yet another Palestinian official doing international humanitarian relief work in Gaza.

Since Israelis can’t know this information, I’m going to tell them here.  The arrested man is Hamdan Temraz, 61, who is the deputy director of the United Nations Department of Safety and Security (UNDSS) in Gaza.  He was arrested at the Erez crossing on July 12th despite having a valid entry permit.

The Center explained that such Israeli practices are aimed at blocking the work of the international organizations in the Gaza Strip, pointing out that 8 employees working in these organizations have been arrested since the beginning of 2014.

It affirmed that hundreds of employees are denied the permits required to enter or exit Gaza to be able to follow up their organizations’ work, not to mention the Israeli incitement campaigns they are exposed to.

I find it odd that a UN employee has been in an Israeli prison for four days and there has been no statement from the international body.  Is this how they come to the defense of their staff when it’s under threat in a police state?  I left a phone message with the UN press office seeking a statement, but have not heard from them so far.

It’s no coincidence that last month, Netanyahu called for the UN to dismantle UNWRA, the major relief organizations in  Gaza.  He appealed directly to U.S. ambassador, David Friedman aka “The Settler’s Friend.”  This rehashes a common Israeli narrative in which evil Hamas co-opts everyone and everything to do its dirty terrorist work in the enclave.  The U.S. is far the largest donor supporting UNWRA, providing $350-million annually to support the millions of Gazans who are unemployed and undernourished due to the decade-long Israeli siege.  Israel hopes that the new Trump regime will realize its ambitions to restrain or suppress the aid work in Gaza, which serves to remind the world of Israel’s ongoing assault against its innocent civilian population.

Last summer, Israel arrested two Palestinians in Gaza.  Waheed Borsh worked for the UN Development Program and Mohammed el-Halabi for the Christian relief group, World Vision.  Both were accused of exploiting their NGO status to undertake covert activities on behalf of Hamas.  In the latter case, el-Halabi was accused of funneling international relief funds to the Islamist group.  In every instance, the NGOs undertook full, comprehensive investigations and uncovered no evidence to support the Israeli charges.  But since Israel functions as a police state as far as Palestinians are concerned, guilt and conviction were assured.  Therefore, in order not to spend decades behind bars, each copped a plea that offered a lesser sentence.

This charade permits Israel to bolster its fake claim that the international relief organizations aren’t that at all–but rather thinly concealed support groups for militant international terrorists.  This, in turn, satisfies the Israeli government’s core far-right constituency, which can tell itself how much the world hates us and how justified it is in utilizing maximum force in “defending” itself from enemies lurking virtually everywhere.

So here’s how it will go with Temraz.  He will be accused of taking advantage of his position directing security for the UN agency by permitting Hamas to do something that somehow jeopardizes Israeli security.  Perhaps he allowed the militants to build tunnels under UN facilities.  Perhaps he offered materials to Hamas to build tunnels.  Or even better: he provided the fake IDs the Haram al Sharif attackers used to gain entrance to the Muslim holy site.  Who knows what they can devise?  The thing is, these Shabak agents aren’t very imaginative.  Nor do they need to be.  No one reviews the cases they bring for credibility.  No judge cares to do so.  He or she would rapidly find themselves on the road to career oblivion if they did.  So any half-assed concoction can send a man away for a decade or more simply because some agent has to make his quota and throw the fear of god into both Palestinians and the relief agencies servicing Gaza.  What a seamy mess of a national security regime this is.

U.N. says Gaza is ‘de-developing’ even faster than expected, but omits main cause

VIDEO: Ambassador Nikki Haley brags about bullying the UN on behalf of Israel

Falk & Tilley: Open Letter to UN Ambassador Nikki Haley on Our Report on Apartheid in Israel

On July 18, after Tamrez had been held by Israel for six days, the UN responded to questions about Tamrez with this statement: “A United Nations national staff member has been detained by Israeli authorities at the Gaza checkpoint. At this point, we are unaware of the rationale behind his detention and are working with the authorities to resolve the situation.”